Teachers’ community in BTAD region  expresses their fear of exit from employment and most of the colleges have to closed some departments due to the new Assam Education Bill 2017, introduced in the Assembly by Assam Government in lieu of the defunct provincialization law of 2011 in the state. The Tourism & Travel Management department in Girls’ College,Kokrajhar  has been completely affected.

Nearly 100 teachers in 12 colleges of BTAD region will have to face exit from employment along two-three collges force to closed down  several departments due to the new education bill in the state as the bill clearly indicates implementation of all education related appoinment and provincialisation till 2010. Tarali Chakravarty,a faculty member for Tourism & Travel Management department in Girls’ College,Kokrajhar  said that the new Assam education bill is totally affecting her department and student community as college has to closed down the department.She said she joined the college in 2011 and since then giving service to the college.

‘There are 30 students are taking tourism & travelling course in the college,if the bill is being implemented,students would be fully affected’,Chakravarty said.She has urged the government to rethink about the introduced new education bill in the state and take up issues upto 2011 so that teaching community could not face any hardship.

Jatan Saha,a faculty member in Bengali department in Girls’ College,Kokrajhar expresses his discontent  over the new education policy in Assam said that is hampering education sector as most of the colleges in BTAD are going to have exit of teachers.

Saha,who also joined in 2011 as faculty member said he is qualified,but today new education policy hitting with exit.He has urged state government to reconsider the bill so that teaching community should not face any hard situation.

22 May 2010 - 12:53pm | Raktim Baruah
Four rhino poachers were killed on May 21 at the Kaziranga National Park in an encounter with forest guards. The encounter took place at Mihirmukh in the Kohara range during the time of a daily vigil... 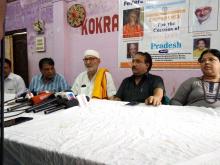 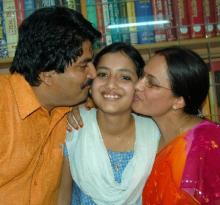