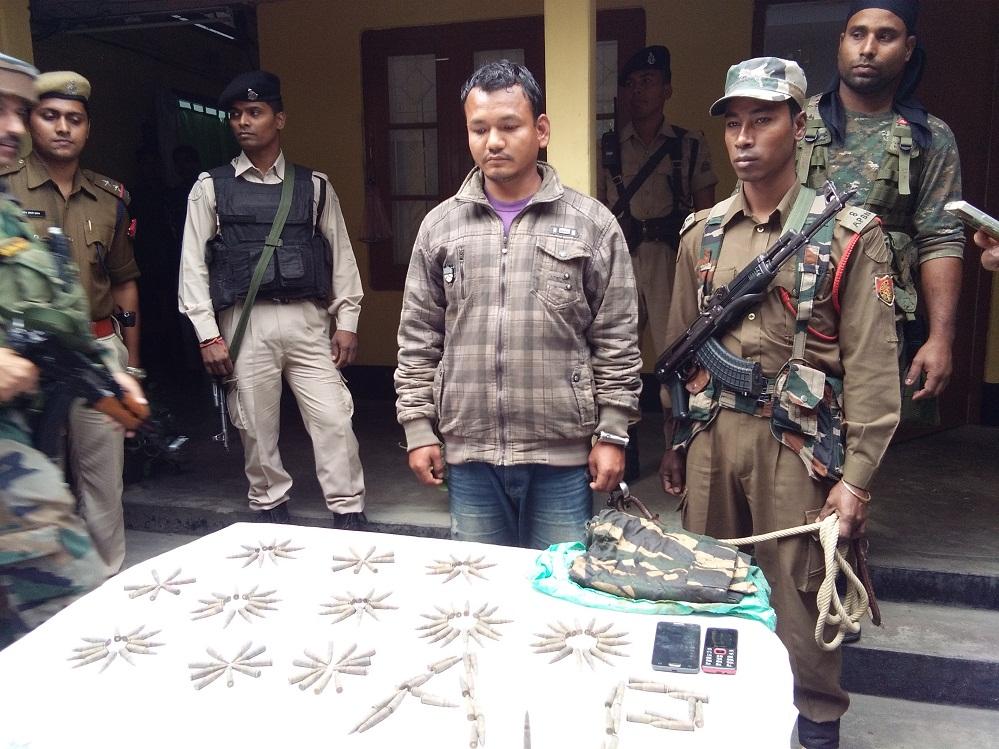 A female cadre of NDFB(S) along with a linkman was arrested by security forces during search operation at Ultapani area in Kokrajhar district on Monday. Police administration claimed that NDFB organisation becoming lesser strength due to regular operation in the region.

Speaking the reporters today SP office in Kokrajhar,LR Bishnoi,ADGP(BTAD) told that a female cadre and linkman of NDFB-S were apprehended at a joint operation carried out by security forces belonging to police,Rajput and 210 Cobra battalion late last evening along Bishmuri and Ultapani area under Kokrajhar PS. The female cadre was identified as Ansuri @ Ansu Narzary of East Mahendrapur village,who was engaged by a hardcore cadre of NDFB(S) Khouse @ Khrao Khrao @ Compounder. Khouse is a Myanmar trained cadre. Ansu’s revelation led to arrest a linkman, was identified as Mahiram Brahma @ Mwisw of Ultapani village of Kokrajhar district. Ansu was working under direction of Khouse for the activities of NDFB, besides advise to collect ammunitions from Mahiram Brahma.

A total of 152 rounds of live AK series (i.e. 7.62 × 39 mm) and two mobile handsets were recovered from them. The recovered ammunitions were supposed to send to Khouse for Myanmar, Bishnoi said.

He has claimed that NDFB(S) has been becoming less strength in their stability due to regular search operation carried out by security forces.

He said that police administration had offered surrender opportunity for top leaders of the militant outfits through involving linkman,but militant leaders yet to response on it. He again giving opportunity space to top leaders for surrender if they come to the main stream, they would be accepted as per constitution and law of the land, he added. He said that both the accused are now in Police custody for further interrogation. It must be mentioned that the woman cadre has earlier been arrested along with extortion money that she was going to handover to another linkman. He said that security forces would be continued its search operations against militant outfits in the region.

4 May 2015 - 10:43pm | Hantigiri Narzary
Security forces claimed to have captured a hardcore cadre of NDFB-S militant in Chirang district on Monday. Swmkwr Mushahary alias Serfang the militant was held during a joint operation in...

11 Sep 2009 - 10:14am | Jayanta Kumar Das
The man elephant conflict in Udalguri district has taken critical turn following the death of another man and destruction of three houses by wild tuskers during last two days. According to...