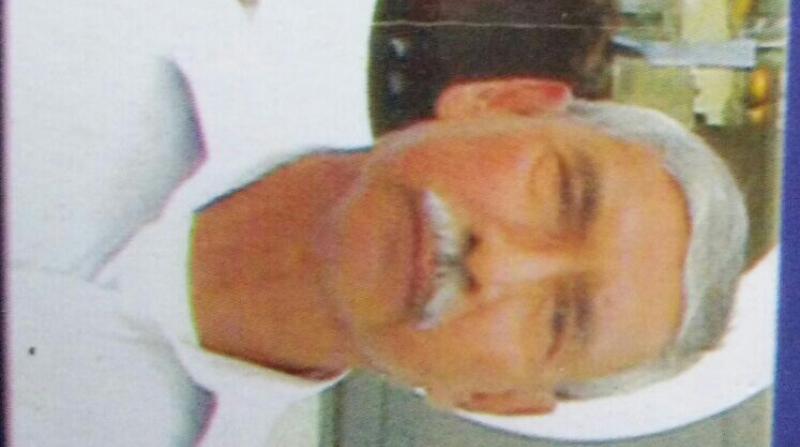 Noted Bodo writer Sahitya Academy awarded for Children Literature (Bal Sahitya Puruskar) Haricharan Boro is no more. He died this morning around 7.30am at his residence at Bagansali in Kokrajhar town after prolong illness. He was 70.

Boro borned on April 1, 1946 in Kokrajhar.He started his career as teacher in Simbargaon High School, then joined in Economic & Statistic department and retired in 2004 in Government of Assam. He is survived by his son. His wife died in October 30(2008) serial bomb blast. He also served as OSD planning in BTC since 2005 onwards. He wrote six books in his life. Various organizations,Bodo sahitya sabha, literature lovers have expressed deep sock over his death. ABSU,formr Rajya Sabha MP Urkhao Gwra Brahma also expresses their deep condolence.

After retirement he had done a remarkable achievement in the writing, which included Akhrangma Isingao(Inside the Universe)-brought a Sahitya Academy award. The book is indeed useful to the children in particular and students in general studying in Bodo medium. The book was published in 2006 and awarded Bal Sahitya Puruskar in 2012.Books which are wrote and published by Boro,which included Akhrangma Isingao(Inside the Universe),Israel,Egyptni Jarimin arw Arimu(Egyptian History & Art),Pyramid,Albert Einstein and Gubun Hadwrao Daobainai(Tourism).

He was associated with various social organization and Bodo Sahitya Sabha. Dr Mansing Narzary, college mate of Boro expressing condolence said that he and Bodo society loss a great social worker in the region.He said that Boro was a man of active involved with social integration.

Swapna Brahma and Basanta Kumar Brahma expressed their deep shock and sorrow over his death said that Bodo sahitya sabha and society loss a good writer.

13 Oct 2014 - 9:38am | AT News
A joint team of army and police had a narrow escape in Sivasagar district on Wednesday when suspected ULFA militants attacked them with a grenade.The incident took place at Nimonagarh in Charaideo...

19 Nov 2016 - 11:41am | Pragya Buragohain
Dire need of cash and harvesting season have resulted in the poor turn out in Lakhimpur Lok Sabha by polls on Saturday if a cross section of the voters is to be believed. Sashi Saikia in Dhemaji is...