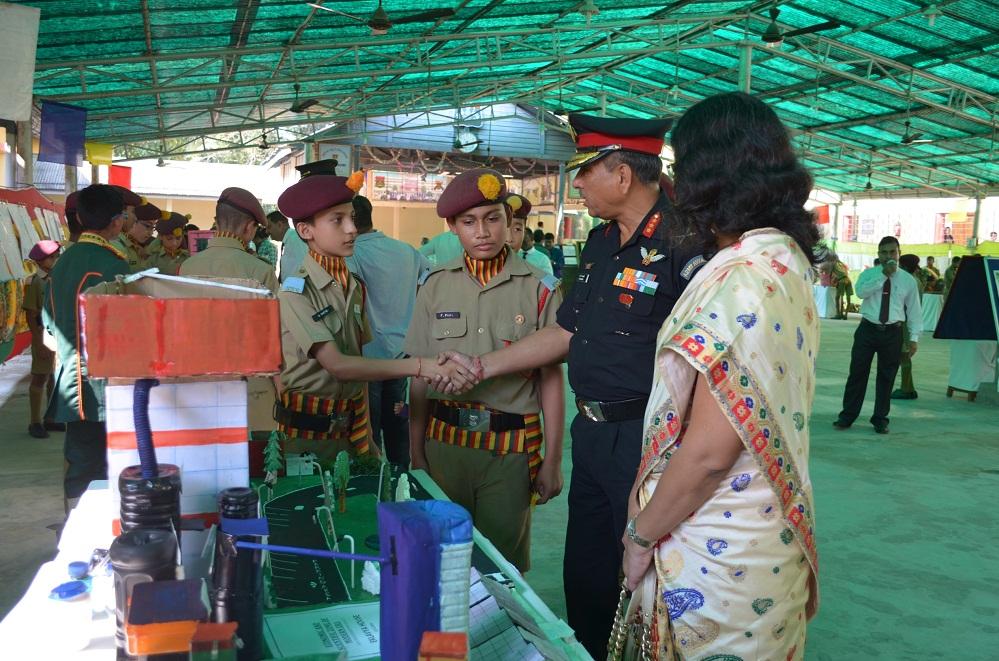 Sainik School Goalpara (SSG) celebrated its 52nd Raising Day on November 12. The eventful day commenced with a ceremonial parade reviewed by Capt (IN) Edwin Jothirajan, the Principal who hoisted the school flag. In his address, the Principal greeted the entire school community on the auspicious occasion and lauded their efforts and dedication towards making the school one of the premiere institutes in the North-Eastern region. Students along with teachers from different schools in Dudhnoi and Krishnai also witnessed the programme. The children also witnessed the Inter House Science & Arts Exhibition that was inaugurated by   Cdr Reena Magdalene (Retd) and saw the infrastructure of the school.

Lieutenant General Pranab Kumar Bharali, VSM & DG Army Aviation Corps, New Delh was the chief guest on the occasion. The Chief Guest reviewed a ceremonial Guard of Honour. The General is a distinguished alumnus of the school. In an exclusive interaction with the senior cadets, he exhorted the cadets to exploit every opportunity provided by the school in the best possible manner and serve the nation by joining the Defence Services. Along with a good number of other distinguished alumni, members of the Old Boys Association, who graced the occasion, the General also witnessed the Inter-House Science Exhibition.

The Old Boys Association (OBA) witnessed a cultural extravaganza in the school auditorium and joined the cadets for lunch in the cadets’ mess. They felicitated Cdt Siddharth Nandan for scoring the “Highest Marks scored in All India Sainik Schools Entrance Examination (AISSEE) by an Assamese Medium Student”, Cdt Vishal Kumar of Class X for standing first in Inter-House Cross Country and Cdt Partho Pratim Nath for “Scoring Highest marks in PCM in Class XII Board Exam”.  The School Volleyball Team that has won the CBSE Cluster-I for the last five consecutive years and the U-14 Football Team that represented IPSC in Subroto Cup were also felicitated.

The celebrations ended with a friendly football match between the “Old Boys’ XI” and the school cadets. The visit of the Old Boys to the School every year on the Rising Day is an honoured tradition that the school follows and is a binding factor between its alumni and the cadets on training. 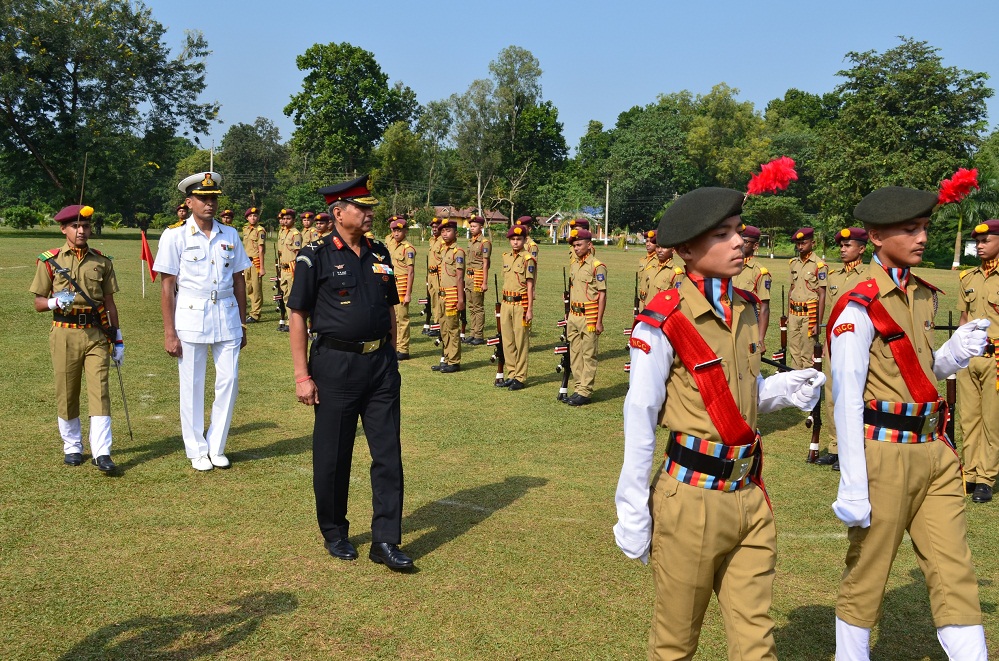 6 Jun 2016 - 7:37pm | AT Kokrajhar Bureau
Forest departmental official seized 18 pieces of timber logs from Balagaon area under Raimona forest Range this morning around 8 am under Kachugaon forest division in Kokrajhar district. The logs...

5 Mar 2010 - 10:33pm | editor
The Central Administrative Tribunal has scrapped the appointment of Sankar Prasad Baruah as the Assam police director general. The tribunal has further asked the Assam Government to appointa new...