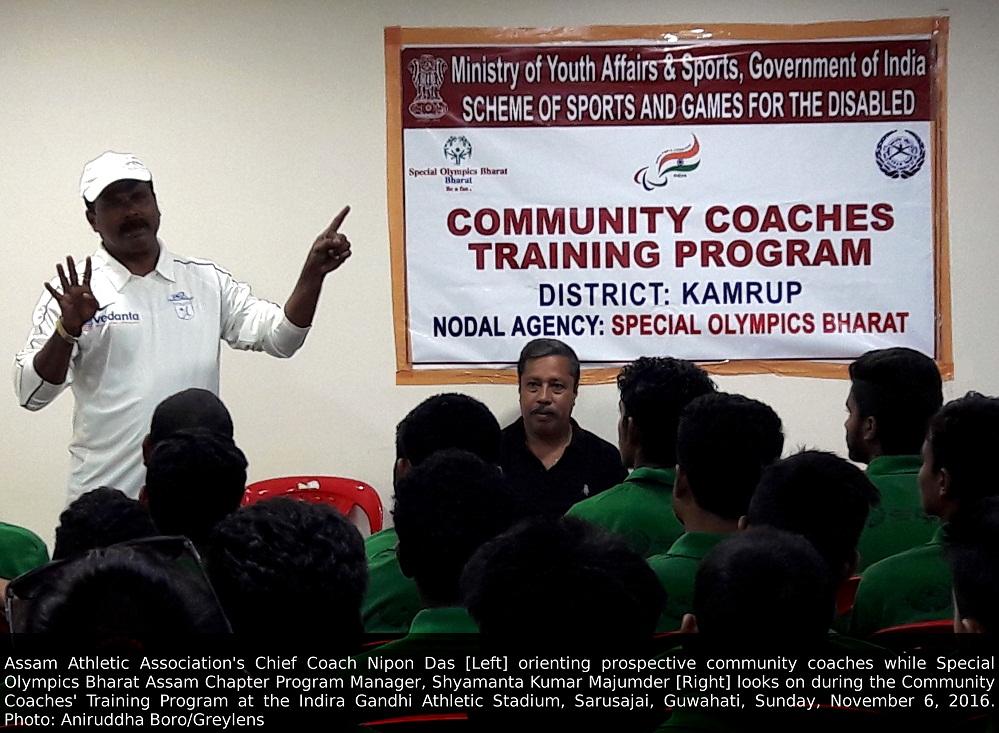 The Special Olympics Bharat, Assam Chapter Sunday kicked off its Community Coaches' Training Program at the Indira Gandhi Athletic Stadium, Sarusajai, Guwahati in a bit to implement the New Scheme.

The New Scheme for the promotion of sports for Persons with Disabilities is a unique step taken by the Government not just for the growth and development of sports for the specially challenged, but because the initiative represents a major step against discrimination and reaffirms the strong policy of the Government in supporting the cause of inclusive sports. Special Olympics Bharat has been recognized as the nodal agency for the implementation of the New Scheme since the year 2010.

The Community Coaches' Training Program for district Kamrup comes under the Scheme of Sports and Games for the Disabled introduced by the Ministry of Youth Affairs & Sports, Government of India in 2009-2010 during the XI Plan Period. The objective of the Scheme is broad-basing participative sports among the specially abled.

Handing out the 6th Edition of the Master Trainer Handbook (MNL: NSM: 02 Rev 04) on the ocassion, Assam Athletics Association’s Chief Coach, Nipon Das said that the handbook will provide a firsthand description of the disability types and an insight into the conduct guidelines of special games taking into immediate consideration the forthcoming District Games in the city

Talking to Assam Times on the sidelines of the event Program Manager, Special Olympics Bharat Assam Chapter, Shyamnata Kumar Majumder informed that with a week's time in between the chapter is eagerly looking forward to the successful conduct of the District Games beginning November 16 of the current year. Some 250 special sportspersons are expected to participate in the  football spectacle to be held at the Indira Gandhi Athletic Stadium, Sarusajai between November 16 and 19, he confirmed.

5 Sep 2021 - 9:24pm | AT News
Binanda Swargiary of Deolkuchi HS school of Baksa district was awarded 'best teacher award' and 172 retired teachers across the districts of Bodoland Territorial Council were felicitated on the...