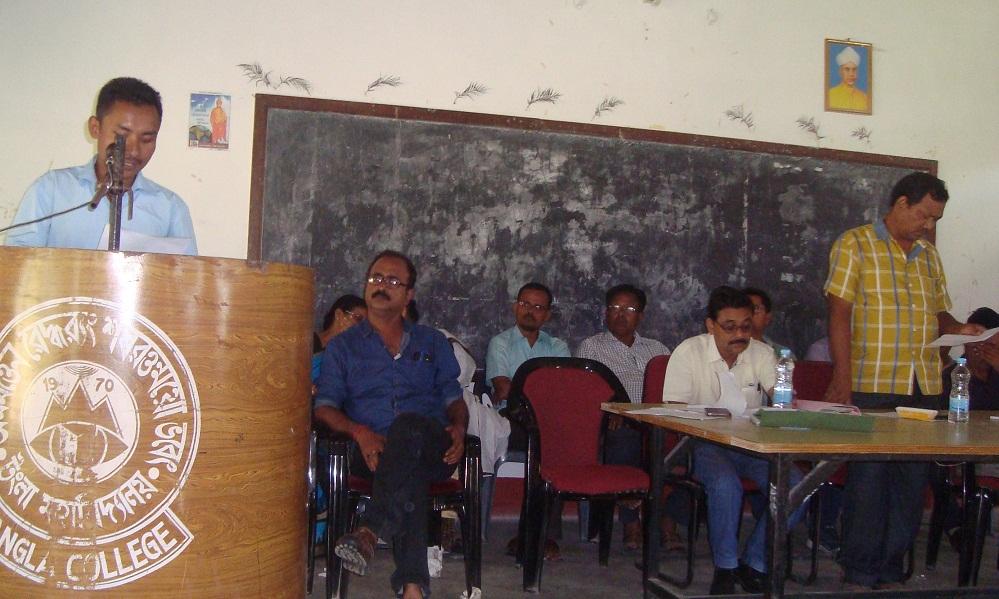 Speakingon the ocassion Rabindra Kr Sarmah HOD Dept of English "Students union in present day have turned are just for the sake of the name. Only holding academic curriculum is not sufficient. "He stressed the need of building leadership quality in grassroot level." Chandan Baruah HOD Dept of History also expressed great hopes from the new representative body.

The programme was also attended by staff and a large number of students. Along with 12 elected students representatives of various portfolios. 32 nominated class representatives also graced the event.

Principal Dr. Prasen Daimari asked them to maintain a positive atmosphere and assured them help and support in lifting the college to greater heights. Ghanashyam Hazarika offered vote of thanks at the end.

23 Apr 2011 - 4:01am | AT News
A combined team of Imphal West commandos and personnel of 43 Assam Rifles on Friday busted a hideout of the banned Kangleipak Communist Party (KCP) faction of Lamyanba Khuman and apprehended a...

17 Jul 2012 - 11:15pm | Ashim Dutta
The international conference on Majuli organized by Society for Srimanta Sankaradeva, at Bishnu Nirmala Bhavan, Guwahati on 8th July, 2012, started with the inauguration of a photo exhibition by...