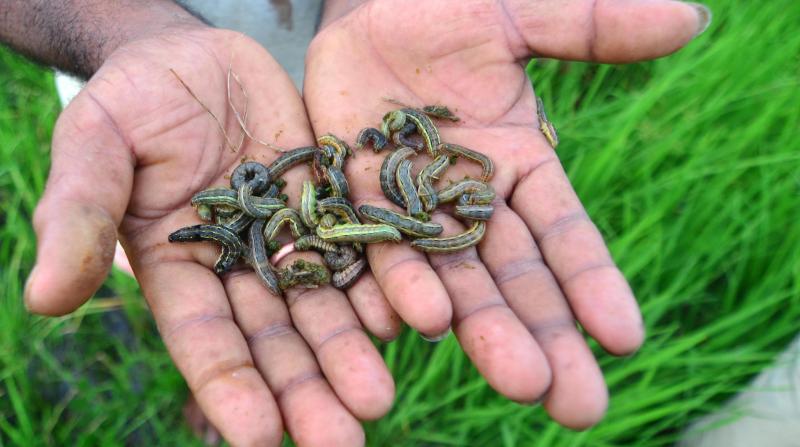 Despite stepped up measures, the armyworms menace in the crops fields in Assam refuses to die down. The menace keeps spreading to more and more areas much to the major disappointment of the farming community who fear a feminine-like situation in the state.
Now altogether 22 districts have been grappling with the menace forcing the government to step up measures to deal with the situation where crops on more than 31, 000 hectares land have been damaged.
The worst-hit district is Golaghat which is followed by Majuli apart from Dibrugarh, Jorhat, Sivasagar. The newly affected districts include Charaideo, Darrang, Nagaon, Morigaon, Kamrup, Sonitpur, Dhemaji and Biswanath.

18 Oct 2015 - 11:15am | AT News
Rows and rows of earthen lamps dazzled on Sunday evening when people from old to young, towns to villages, hills to vallies observed Kati Bihu with traditional pomp and gaiety.People in their...

27 May 2012 - 1:00pm | editor
Amid total and peaceful bandh the Tarun Gogoi government on Saturday observed its first anniversary of the third term where Congress president Sonia Gandhi praised the Chief minister. In a mammoth...