NCSC session at Udalguri on Sep 14

The National Children’s Science Congress (NCSC) Udalguri district will be held on September 14 at Golmagaon High School at Udalguri. This has been stated by Sadhana Hojai,DC,Udalguri who is also the president of NCSC DOC(District Organising Committee) Udalguri district.Udalguri district administration and office of the Inspector of Schools, Udalguri have already directed heads of more than hundred government educational institutions to offer help and support to children,students and teachers willing to present science projects at the ensuing district level Children’s Science Congress.It needs mention that Assam Science Technology and Environment Council, Guwahati has been supervising NCSC activities in Assam for last decade. Dr.Arup Kumar Misra,present Director of ASTEC, Guwahati,who was one of the most experienced NCSC activist in national level has been working hard along with Dr,RK Barman,HOD,S&T and Biman Barua senior scientific officer,ASTEC for the smooth running of the district and state level NCSC sessions.This year children of the age group of 10 to 17 years will be presenting their projects on the focal theme “Science Technology and Innovation (STI) for Substantial Developments”under the following sub-themes-Science Technology and Innovation (STI) for Natural Resource Management;Food and Agriculture; Lifestyle and Livelihood;Disaster Management Traditional Knowledge System;Health Hygiene and Nutrition; Recently a video conferencing organised by ASTEC was held at NIC Udalguri on August 31 where twelve evaluators of Udalguri district were given necessary instructions. Udalguri DOC requests all school going and non school going children to submit their projects before 12 September to the district coordinator. 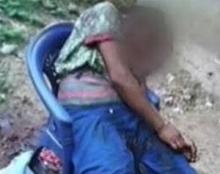