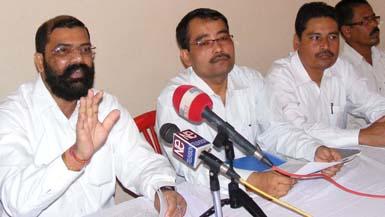 The North East Students Organisation (NESO), the apex students' organization of North East today welcomed the verdict of Guwahati High Court on illegal migration of Bangladeshis in the State following the Justice B K Sharma's recent judgments of the Gauhati High Court ordering deportation of 50-odd illegal Bangladeshi settlers have triggered a huge reactions among the concern society as the Bangladeshi influx issue troubling in the region from time to time. According to the verdict of the Gauhati High Court (GHC), the illegal Bangladeshis have made use of copies of voters' list at random for indicating any name resembling theirs. "It is very easy to pick up any voters' list, find out names and particulars resembling theirs, obtain certified copies of the same and dump them to the writ court taking it for granted that the writ court will swallow the same, unmindful of requirement of Section 9 of the Foreigners' Act-1946," the court order stated.

The NESO will hold an urgent talk with the All Assam Students Union (AASU) today in this respect as the later is a winner in its historic Assam movement against the illegal Bangladeshis in late 80s. NESO president Dr. Sammujjal Kumar Bhattacharyya said "The society is always concern over the illegal influx of this Bangladeshis and now we have legal rights to fight for the cause too. We will hold discussions and meetings with the authorities concern and take up agendas accordingly. We will pressurize the local Govt. to make immediate deportation of these illegal migrants." 'The 95-page judgment and order passed Justice B.K Sharma directed the police to immediately take into custody 49 of the 61 petitioners, who were declared as 'foreigners' by the court, and to keep them in police custody till their deportation. The respective SPs have been asked to furnish report about the implementation of the direction. The State Home Department and the Director-General of Police been also ordered to furnish report on the action plan towards detection and deportation of foreign nationals from Assam. The State government was also directed to furnish report on the action plan and the time limit within which the names of illegal voters in various voters' list would be deleted. The court directed that all the reports be submitted on or before September 30', informed Bhattacharryyaa

The students' organization also lambasted all the political parties who act as friends with the illegal foreigners for vote bank and in its press statement said that the verdict by the Honourable High Court is matter of shame to the bureaucrats, administrations and policy makers. It is notable to mention here that AASU has been raising its voice against illegal migration, infiltration and other social issues as an umbrella organization in the state.

7 Jan 2017 - 4:19pm | AT News
Congress leader and Kaliabor MP Gaurav Gogoi thrashed NDA Government at the Centre for allowing the common people to suffer because of the demonetisation policy. Participating at an anti...

Congress gearing up in BTC

15 Mar 2015 - 5:00pm | AT News
Congress party has been stepped up to strengthening of  its party position in BTC ahead of council election scheduling to be held by April next,as other parties are gearing up to show mass...