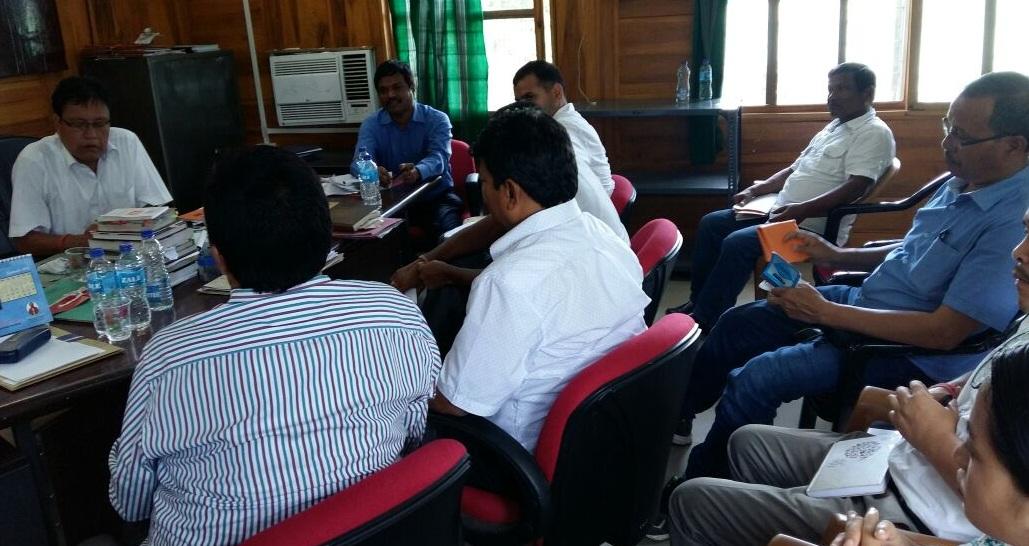 The members present took serious note on the Legislative Assembly debate of Assam during zero hours relating to illegal transportation of timbers from Arunachal to Assam and decided to put a joint effort to prevent such inter-state illegal timber smuggling. It has also been resorted to improve the coordination and communication at various level of administration with a bottom of approach right from Range, Division, Circle and so on between the two states along the inter-state border so as to contain such illegal activities. In the meeting serious concern was expressed as regard to granting of regular bail to the accused, who was on anticipatory bail for having transported illegal timbers under the cover of Fake T.P., Forged seals and signatures of Pasighat Division. The DFO, Pasighat has been requested to take up the matter with the competent authority and the DFO, Dhemaji to coordinate till the case meets the logical end and the accused is punished as per the law.

It was agreed by the officers of both the states that there are many stretches of porous inter-state boundary in which no regular forest check gate have been erected and through which such illegal activities are being carried out. Therefore, it has also been decided to go for joint patrolling in such areas and also to establish temporary check gates at such points. The concerned D.I.G.P.s of both the states are requested to provide police assistance to the forest force to curb such illegalities.

In the meeting various issues relating to man-wild elephant conflict, illegal wild elephant trafficking, crop depredation including illegal transportation of minor minerals were discussed. Officers of both the states have agreed to put all out joint and coordinated effort to curb such illegal activities and also to share intelligent inputs each other. It has also been decided to conduct joint awareness campaign on either side of the states regularly. Such meeting shall be conducted quarterly in rotational basis and next meeting shall be held in September at Tezpur.

1 Oct 2008 - 2:24pm | editor
The human rights violation cases in Assam has even reached international scene when the state’s lawyer and human rights activist and PCG spokesman Arup Borbora was participating the recent...