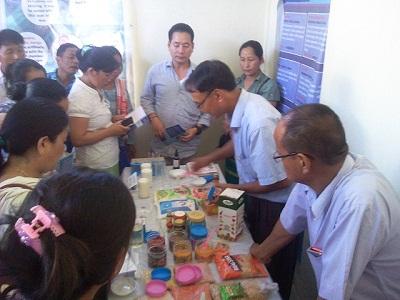 Tago dismayed that despite extensive publicity and awareness campaign for the last two years, no significant changes has been found in consumer’s behaviour.He further informed that basically, the training programme is designed to educate common consumers through practical demonstration with reference to safety, quality and efficacy of day to day used products to so as to make participants a wise-buyer.

Deputy Commissioner Isha Khosla appreciated the department for conduct the training successfully. The training was necessary because it has been observed very often that a consumers do not get right goods and services.

28 Jun 2012 - 4:05am | editor
There is hardly any let-up in the overall flood scene. Incessant rainfall has turned the entire situation worse triggering fresh inundation and landslides in 23 districts. The death toll has gone up...