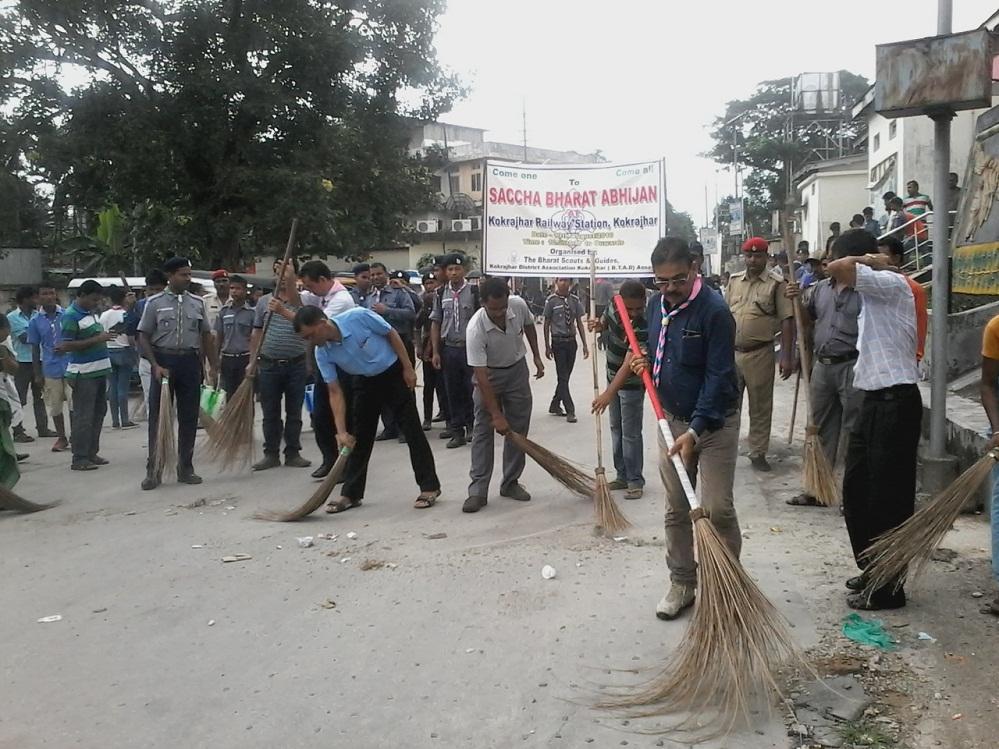 A cleanliness drive was carried out in Kokrajhar town under Swacch Bharat Abhijan on the eve of 70th Independence Day celebration today to make dirty free neat and clean environment among human life in the district.

A total of 44 students from various schools visited NTPC,Salakati industrial units on the eve of Independence Day celebration under teachers’ guide to make industrial tour in Kokrajhar,was flagged of by Deputy Commissioner,Kokrajhar in the presence of officials from District Industry and Commerce Centre and teachers. Sarma said district today saw good initiative of cleanliness drive along participation in the celebrations on the eve of Independence Day.

‘We must keep neat and clean to make hygienic among society.We have been making this scheduled under the directions of government in the state’,Sarma said.

“Cleanliness drive and sapling plantation was carried out in the district as government directed to perform activities ahead Independence Day celebration.Student and citizens join hands and office staffs in various offices made their cleanliness drive on the day.It will extend help while making healthy living among society”,Sarma added.

30 Dec 2010 - 7:48pm | editor
It's an end of the wait. A local TADA court in Guwahati has granted bail to ULFA chairman Arabinda Rajkhowa on Wednesday. Rajkhowa is likley to be released from Guwahati Central Jail on Thursday...