22 Feb 2015 - 6:25pm | AT News
Chief minister Tarun Gogoi is on a day long visit to Patna where he attended Nitish Kumar’s swearing in ceremony  on Sunday. Accompanied by APCC president Anjan Dutta, Gogoi arrived in Patna... 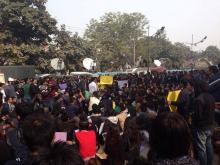 23 Jun 2007 - 12:01pm | Sandeeps
Guwahati : Defying all security dragnets of the unified command structure imposed in trouble-torn Assam, the outlawed ULFA today blew up a powerful IED bomb at a busy market of Machkhowa in Guwahati...