In a historic move, Assam on Friday ratified the Constitution amendment Bill on the Goods and Services tax hardly a week after Parliament cleared the Bill.

With this, days are not far to replace most of the indirect taxes. VAT, central sales tax, luxury tax, entry tax (all forms), and entertainment and amusement tax will be incorporated into the GST.

The new regime will benefit the tax department, and trade and industry. 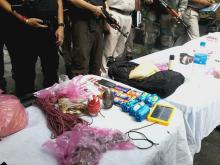 10 Jan 2009 - 4:20pm | editor
The Assam government is contemplating a slew of measures to revive the state's ailing industries in the state.Disclosing this on the floor of the House on Saturday in the winter session, industry...