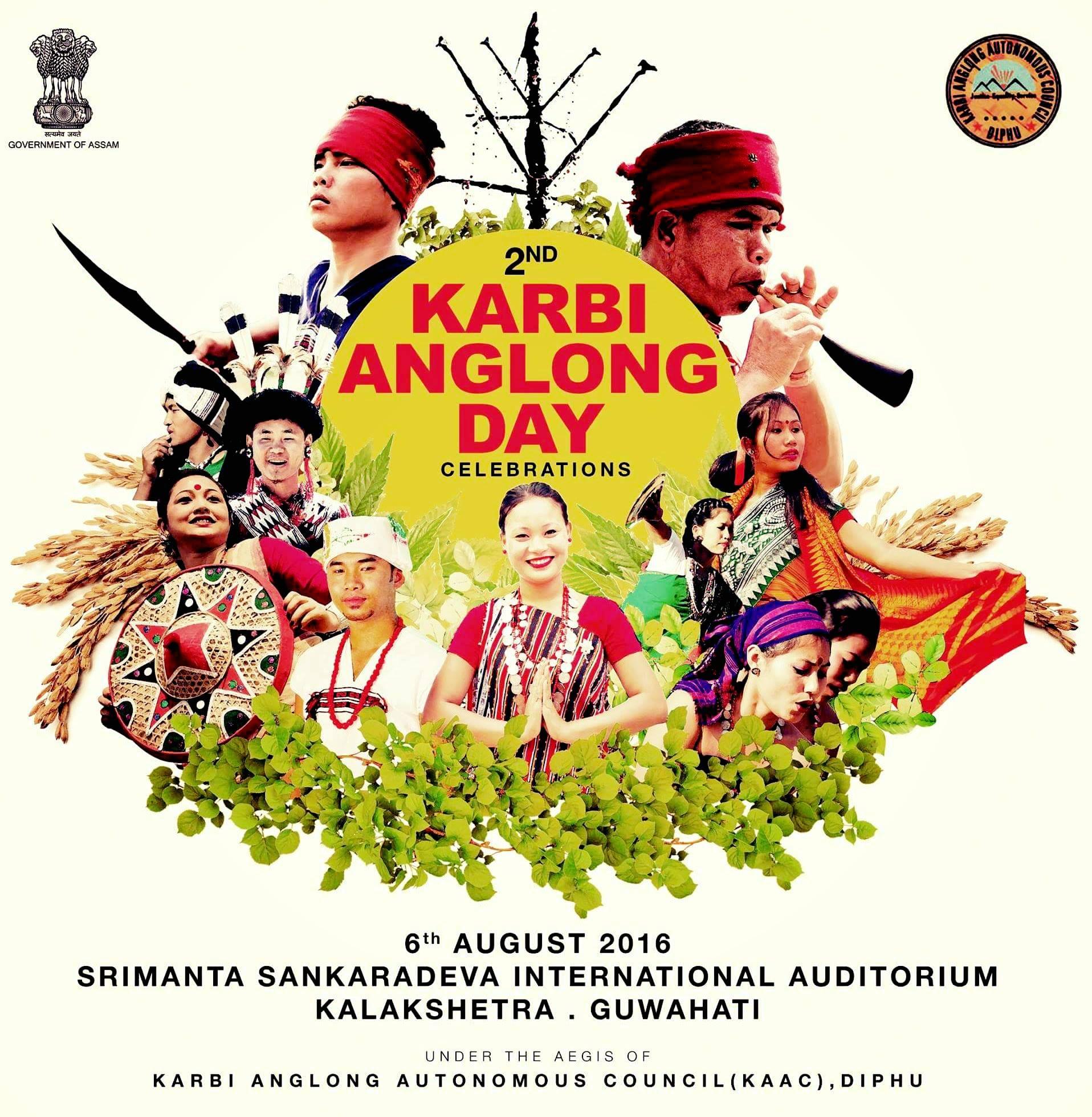 Assam is a land of many ethnic communities and tribes which can boost because of its diversified cultural kaleidoscope. Each of the tribes and communities posses rich custom, tradition and heritage. Karbis, one of the major ethnic groups, also have rich and unique cultural heritage of its own. Celebrating such a glorious and rich cultural heritage and in a sincere effort to bring the people of Karbi Anglong and the people of the plains more close, the 2nd Karbi Anglong Day celebrations will be observed on 6th August in Srimanta Sankardeva International Auditorium in Guwahati .

The theme of this year’s celebrations has been earmarked as “showcasing Karbi Anglong – Glorious Past, vibrant Present and Promising Future”. The entire day’s celebration shall witness a host of programmes including ones which would showcase the rich culture and heritage of the Karbi community, interactive session and cultural performances. Stalls shall also be put up displaying ethnic handicrafts and traditional food items.

13 Sep 2013 - 12:15am | Nava Thakuria
Several important issues of Armed Conflict Reporting and International Humanitarian Law were discussed during a day-long media workshop on the subject of armed conflict reporting and humanitarian law...

National awards for Debajit Changmai and others from Assam

21 May 2011 - 6:19pm | Abdul Gani
Debajit Changmai of Assam has won national award for the year 2010 for re-recording of the final mixed track of Hindi film ‘Ishqiya’ in the 58th National Film declared in New Delhi....

18 Aug 2016 - 6:53pm | AT Kokrajhar Bureau
A home guard jawan of Serfanguri PS was died at Serfanguri national highway early this morning due to hit by a boiler carrying vehicle in Kokrajhar district.  According to eye witness, a home...