Mobile dearer but gold gets cheaper

In his maiden speech after tabling the Rs 2880.91 crore deficit budget for 2016-17, his government has a huge liability of Rs 31,300.19 crore. He said the government has proposed to do away with the mechanism of plan and non plan expenditure.

Sarma further proposed to keep the traditional Assamese mekhela chador out of the VAT while the VAT amount in molasses, candle, feeding bottle, drinking water bottle have been deceased.

The government has further proposed three new universities Hojai, Bihpuria and Barpeta apart from a restructured Board of Secondary Education, Assam. Much to the major encouragement of Piyush Hazarika, Sarma proposed an institute of fashion designing in Jagiroad. Sarma proposed Rs 2 crore fund each to a number of police stations to be modernized.

UYDF demands establishments of gardens of ITIs, parks for youths 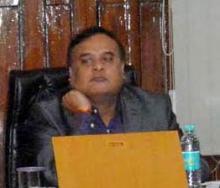