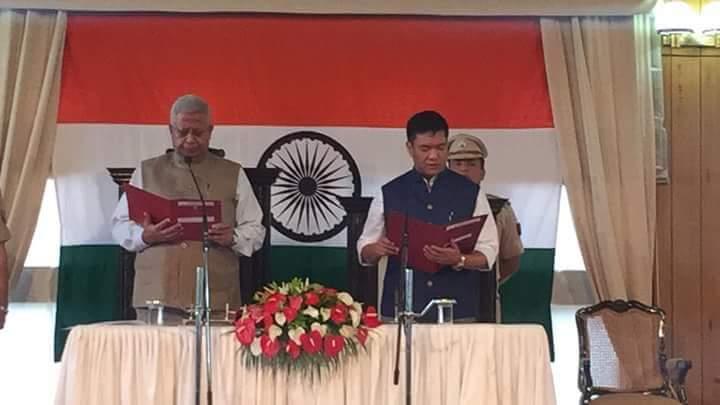 The end of stinging dissidence in Arunachal Pradesh Congress marks the start of a new era in the state’s political scene.

Pema Khandu took oath as Chief Minister of the frontier state on Sunday a day after the new CLP leader staked claims to form the new government in Itanagar.

Governor Tathagota Roy administered Khandu the oath of office and secrecy at a brief function at the Raj Bhawan in the morning where Nabam Tuki and Kalikho Pul along with other party legislators were present. Chowna Mein took oath as Deputy Chief Minister in the same function.

In the 60-member House with an effective strength of 58, the Congress now has the support of 47 MLAs.

21 Jun 2017 - 9:10pm | Robertson Tanti
The Yoga day was observed in the entire district of Udalguri at various places. The Army personnel of 421 Field Regiment, Hattigarh Millitary Station located at the foothills of Indo Bhutan border...

6 Nov 2007 - 7:01am | SK Hasan
Arsenic which is formed in heavy quality in the ground level water of Sivasagar and Nazira makes the people worry. Now the Govt. is trying to create awareness among the people and take some...