Bodoland vasity on throes of crisis 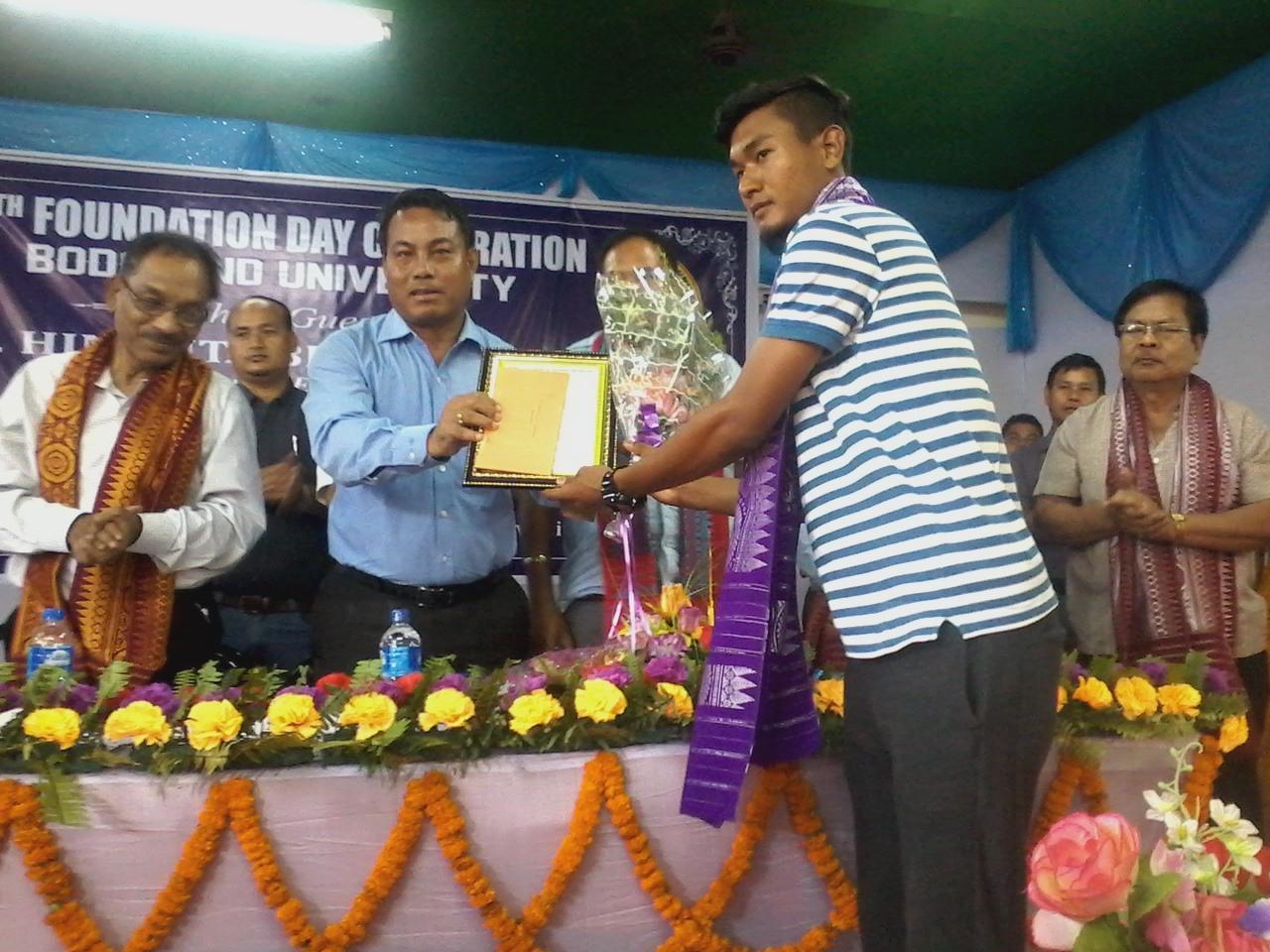 Bodoland University(BU) authority alleged that the university has been deprived from 12(B) status from University Grants Commission(UGC) due to non-appointment of Professors in the univeristy from government.

The university on Tuesday celebrated 20th Foundation Day with day long colourful programme scheduled at university premises with Dr Dinanath Basumatary,director of university development council in the chair.Rajya Sabha MP Biswajit Daimary lighted the lamp to inaugurate the celebration in the presence of students,dignitaries.

Daimary,in his speech said that the university has been deprived of several scheme and funds from UGC due to lacking of 12(B) status following non appointment of professors.He has assured that the university,which is the premier educational institution in the region will get12(B) status through which several infrastructural development would be gained.

“University has yet to get UGC funds due to non appointment of professors.It is becoming due to negligence of state government itself while sanctioning professors.BTC administration has been extending supports to the university.Students are taking higher education in this institution with enthusiastic.I do hope the university will usher with new look after getting professors’ appointment from government within few months”.

BTC deputy chief Kampa Borgoyary,who is also in-charge of Eductaion department graced as chief guest.He said that BTC administration was working to uplift the educational situation in the region through providing several supports.He said that education department has been emphasizing to bring quality educational aspects so that students could be achieved their best higher educational careers.

He said, ‘There is no reach of development fund from state government,but BTC administration extended supports from their end,besides tecahing and non teaching staffs have also deprived two-three months salaries from April,May,June due to non release from government.

‘We are running the university at a crisis situation because of deprived of 12(B) status,for which why funds from UGC are not allotted to the university’,Baruah added.

Dr Sekhar Brahma,Registrar of Bodoland University said that the university has been facing financial crisis since its inception which has been dedicating education among students.

6 Mar 2008 - 12:30pm | editor
Bodo ladies displaying their Job Cards under National Rural Employment Guarantee Act (NREGA) at Nalbari District of Assam on 06-03-08. The job cards are being issues by the government to work under...