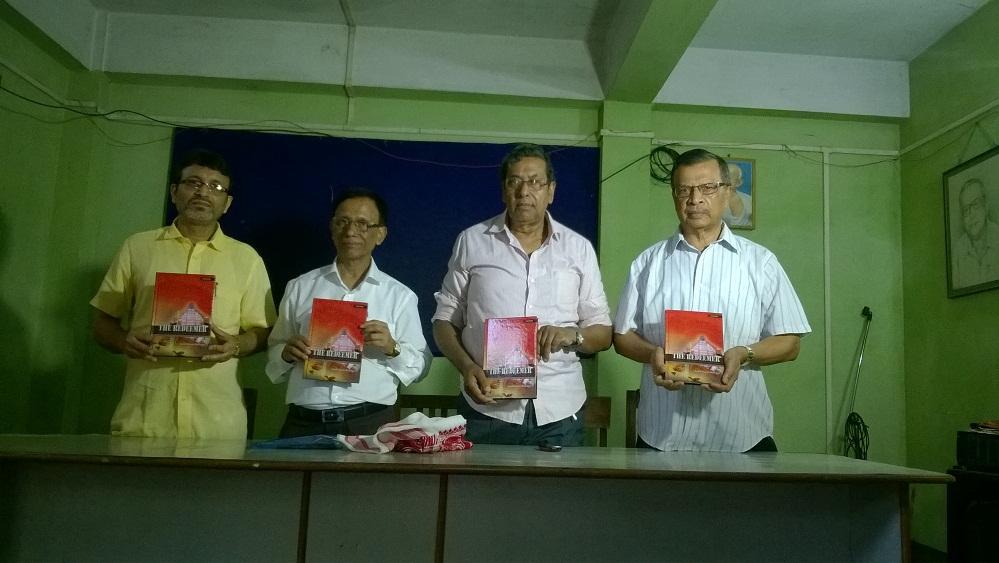 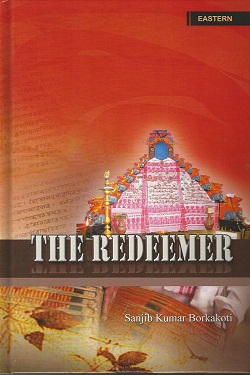 Another speaker, journalist and retired professor Dr Abu Hanifa said that Assamese people will be able to elevate their status by making Srimanta Sankaradeva known globally. Utpal Goswami, former President of Sanmilita Yuvatirtha and social worker Dr Dhiren Borkakoti also spoke in the meeting. The author Dr Sanjib Kumar Borkakoti said that all characters of the novel were based on historical records or hagiographies, no unnecessary character was created for the novel.

THE REDEEMER is the first English novel written on the life of the saint. It has been published by Eastern Book House, Guwahati. The ISBN is 978-93-83252-91-6. It will soon be available with major online vendors. Till then one can collect the novel from the counter of Eastern Book House, located opposite Panbazar Girls School. The Email of Eastern Book House is easternbookhouse@gmail.com. The novel has 210 pages. It has 32 chapters including the Epilogue.

The author described the tenor of the novel as that it was a tumultous time in fifteenth century. Assam in medieval period saw the worst sufferings of humanity. Ethnic groups were fighting among themselves. Dignity of lives were lost. Security of lives were simply absent. Priests imposed numerous rituals upon people and extorted them. Rulers were oblivious of their subjects' woes. It was such a time when Srimanta Sankaradeva appeared on the scene. He redeemed the people of all regressive customs and showed them a new light. He was a messiah. He introduced a new paradigm in religion with his path-breaking integral approach to life. The author said that Srimanta Sankaradeva removed many superstitions and regressive customs. That is why the name THE REDEEMER was given to the novel.

15 Sep 2014 - 4:40pm | AT News
Despite round-the-clock vigil, Indo-Bhutan border in Kokrajhar district has become a safe heaven for the poachers.Security forces guarding the areas along the international border have arrested eight...

14 Sep 2017 - 9:57am | Shajid Khan
The history  of the Adivasis came up for a livelier discussion at the Tangla College as it celebrated the freshers’ social on Wednesday. In his address, writer Sanjay Tanti said,” these...

30 Mar 2015 - 9:53am | AT News
Sonitpur is gearing up to update National Registration Certificate  from Wednesday.According to DC Lalit Gogoi,  (NRC) based on Citizenship Act 1955 and Citizenship Rule 2003, the district...