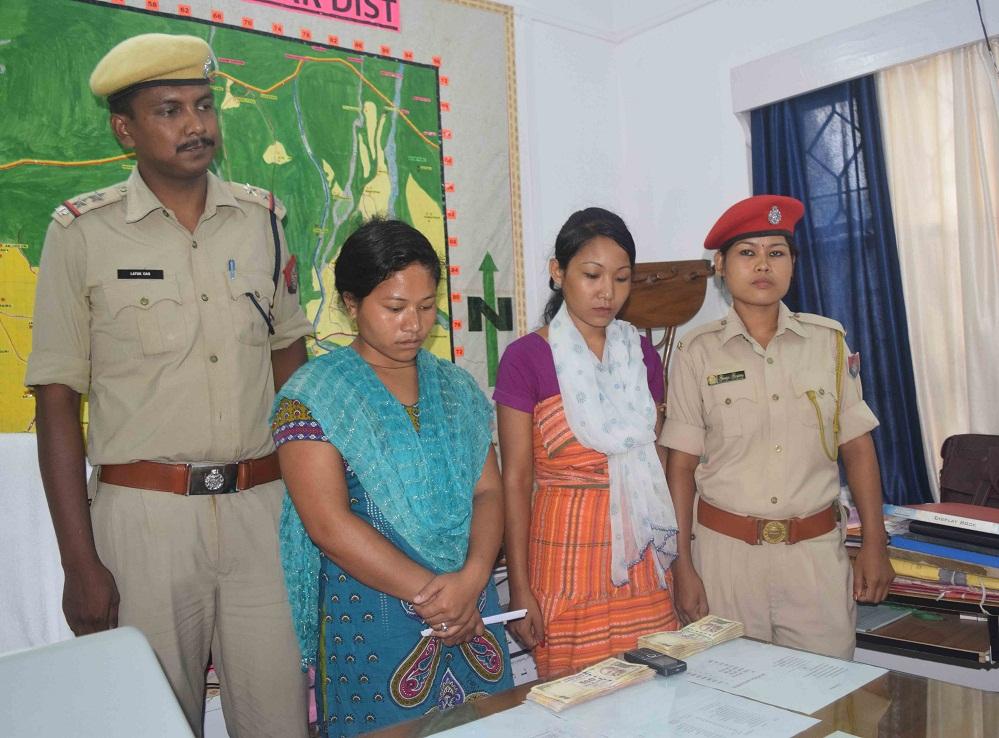 Security forces has been intensified its operation against militant outfits in the region and subsequently able to arrest two women cadres of NDFB(S) cadres in Kokrajhar district on Monday.

Speaking the reporters at a Press Conference held at SP office Kokrajhar, Shyamal Prasad Saikia, SP said that the two were arrested based on intelligence input regarding movement of two women cadres during search operation against militant outfits. The cadres of NDFB(S), who were actively working for the militant outfit from Tekha bazaar under Kachugaon PS and Bishmuri area in Kokrajhar district on Monday. The arrested were identified as Ansuri Narzary alias Ansu(20) and Rekha Mushahary(18). Rs 1 lakh cash and a mobile handset with SIM were recovered from the possession of Ansuri.

Saikia also said that police has been conducting operation and able to arrest several umbers of the militant cadres.A total of ten stolen bikes and two laden timber carrying vehicle and three smugglers were also arrested two-days in the district,Saikia added.

2 Jan 2009 - 1:08am | editor
The Centre confirms the blast a handiwork of ULFA. It was disclosed by Union home minister P Chidambaram who arrived in the city on Thursday evening. Five dead and over 40 injured in the three blasts.