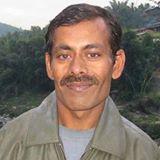 Senior journalist Nand Kishor Gupta (46) breathed his last at the Mumbai airport around 3.10 pm today (9 June 2016) on his way back to Guwahati. A member of Guwahati Press Club, Gupta was suffering from gallbladder cancer and was referred to the Tata Memorial Hospital, Mumbai for his treatment. He left for Mumbai on June 3 last.

Gupta, who worked with various Hindi dailies including Hindi Sentinel, Pratah Khabar and Purvanchal Prahari, leaves behind his wife, a daughter, a minor son besides a host of relatives. Till the time of his death, Gupta was associated with Purvanchal Prahari as a senior sub editor.

Guwahati Press Club, which appealed for aids to Gupta’s treatment, expressed shock at the untimely demise of Gupta. The press club, while offering gratitude for everyone including Assam CMO who responded to its appeal, now urged the State chief minister Sarbananda Sonowal to kindly sanction an ex-gratia amount for the bereaved family.

Me-Dam-Me-Phi at Delhi on January 27

21 Jan 2013 - 7:35pm | AT News
Association of Tai Ahoms (ATA), NCR is observing Me-Dam-Me-Phi to show respect to the departed ancestors and remember their contribution to society on January 27 at the Community Centre, DLF Phase I...

18 Jun 2014 - 3:38pm | Hantigiri Narzary
A grende blasted and another recovered which were alleggedly lobbed by the National Democratic Front of Boroland (Songbijit faction) at Police Reserved complex at Dimalgaon in Kokrajhar on Wednesday...