A 26-years-old Morzina Bibi, a mother of two young children, resident of Kaimari Lakhiganj was battling life at Kokrajhar RNB civil hospital following set afire by her husband and family members on May 24 last evening.

It is alleged that Morzina’s husband and family members brutally set afire with kerosene on May 24 evening pretending quarrel at her home and since then she was admitted to Kokrajhar RNB civil hospital in a critical condition. Morzina hailed from Raniganj Mamudpur married to Amiul Haque of Kaimari Lakhiganj village under Bilasipara PS of Dhubri district in 2009 and since then they have a son and daughter after their marriage. Asuruddin Sheik, brother of Morzina told that his sister was burnt by her husband and family on a conspiracy because her family has been atrocities her since few years. His sister is battling with life at hospital because her burnt condition reached 100 percent and no any aspect of safe. He said that they lodged an FIR with police, yet no any action saw so far into incident. The police have not been taking any step to the complaint as we lodged complaint about incident, Sheik adding said that Amiul and his family members should be booked and punished as per law.He ahs also alleged that Amiul and his family did not visit to hospital to take stock after admitting hospital till today.

Asuruddin Sheik,brother of Morzina said, “It is a shock incident her husband and family set afire Morzina at her own home on May 24 last. They have intentionally done incident to pave way new marriage to Amiul Haque in their family. We lodged FIR with police, but police yet to take step till today. We demand involved culprits should be arrested and punished as per law of the land”. 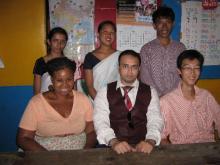 21 Jul 2012 - 2:57am | drgits
A Breast Cancer Awareness Camp was organised at Parijaat Academy in Pamohi Village near Guwahati on Friday. The camp was organised by two volunteers, Kavin Woo assisted by Deerika Hunt, both from... 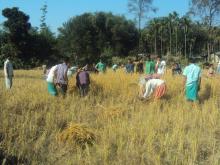