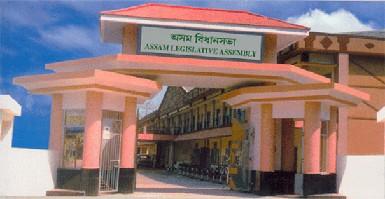 Amid water tight security arrangement, the Assam Assembly is ready to begin its summer session from Monday. The city police administration has already intensified checking in the city areas and also in its entrance and exit routes.

Notably, the intensified security arrangement is being made in view of the blast one at Kumarikata along Indo-Bhutan border and another at Nagaon town just before the commencement of the Assembly session. Notably, a powerful bomb was recovered in Barpeta a few a days back.

13 Apr 2011 - 12:43pm | Jayanta Kumar Das
Although election passed off peacefully in Darrang ,situation turned to be tense next day on April 12 following the recovery of two powerful IED and death of one person in police firing at...

23 Jan 2015 - 5:43pm | Hantigiri Narzary
Altogether 1,441 teachers from four districts of BTAD were given away appointment letters for regular posts in Lower Primary and Upper Primary Schools at a function held at Bodofa Cultutal Complex at...