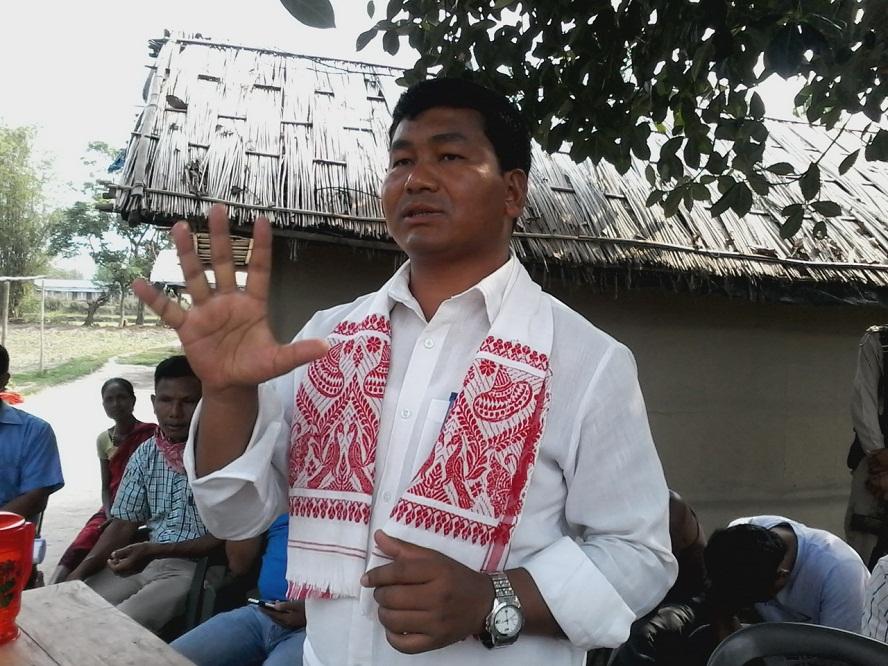 The electioneering campaign to the assembly election scheduled on April 11 has been seeing more gaining momentum among citizens and voters in the lower Assam constituencies including 28-Gossaigaon LAC in Kokrajhar district.

UPP candidate for 28-Gossaigaon Somnath Narzary has made his election campaign stronger with holding meeting at various places in the constituency on Sunday.

Narzary addressed campaign meet in at Dalgaon, Kunguri, Dawaguri, Auxuguri where thousands of citizens and voters thronged to support the candidature. Narzary said that his party has been contesting in 14 constituencies of the BTAD and supporting Congress outside of BTAD area. He said that irrespective of caste, creed and communities are supporting the UPP candidates in the region, so winning of the candidates are sure in the upcoming election. He has alleged that BPF party has failed to fulfill hopes and aspirations of common citizens in their decade long reign.

He has claimed that the UPP party is forming government with alliance Congress at Dispur with winning in 10 seats in the region. He has appealed to all sections of communities to vote for him in the election. BTC MCLA and UPP leader Jiran Basumatary campaigned for UPP candidate for Somnath Narzary at Dawaguri in Gossaigaon. He has also claimed that UPP is forming the next government with alliance Congress party.

Hasda said that Congress was working to the all round development of the all sections of communities. He said that Congress party is winning in large number of seats in the state. BPF candidate Majendra Narzary also hold his election campaign at Janaligaon area. 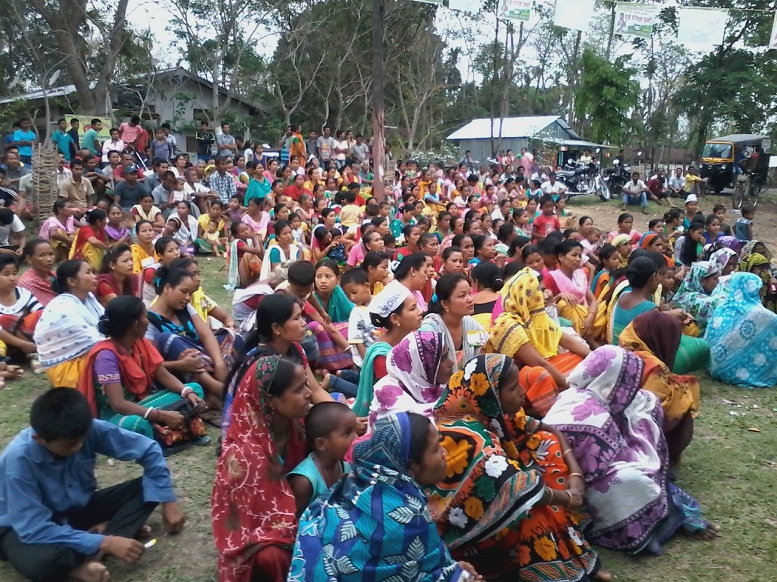 12 Jul 2012 - 8:56pm | editor
The Assam government has set up a panel of additional chief secretary PP Verma to probe the attack on Congress MLA Rumi Nath and her second husband Jacky Zakir at Karimganj on June 30 last. He will...

7 Dec 2017 - 7:06pm | AT News
GUWAHATI: A local court in Guwahati on Thursday remanded two police officers to judicial custody a day after CID arrested the duo in connection with the sensational Jugdal case where local resident...