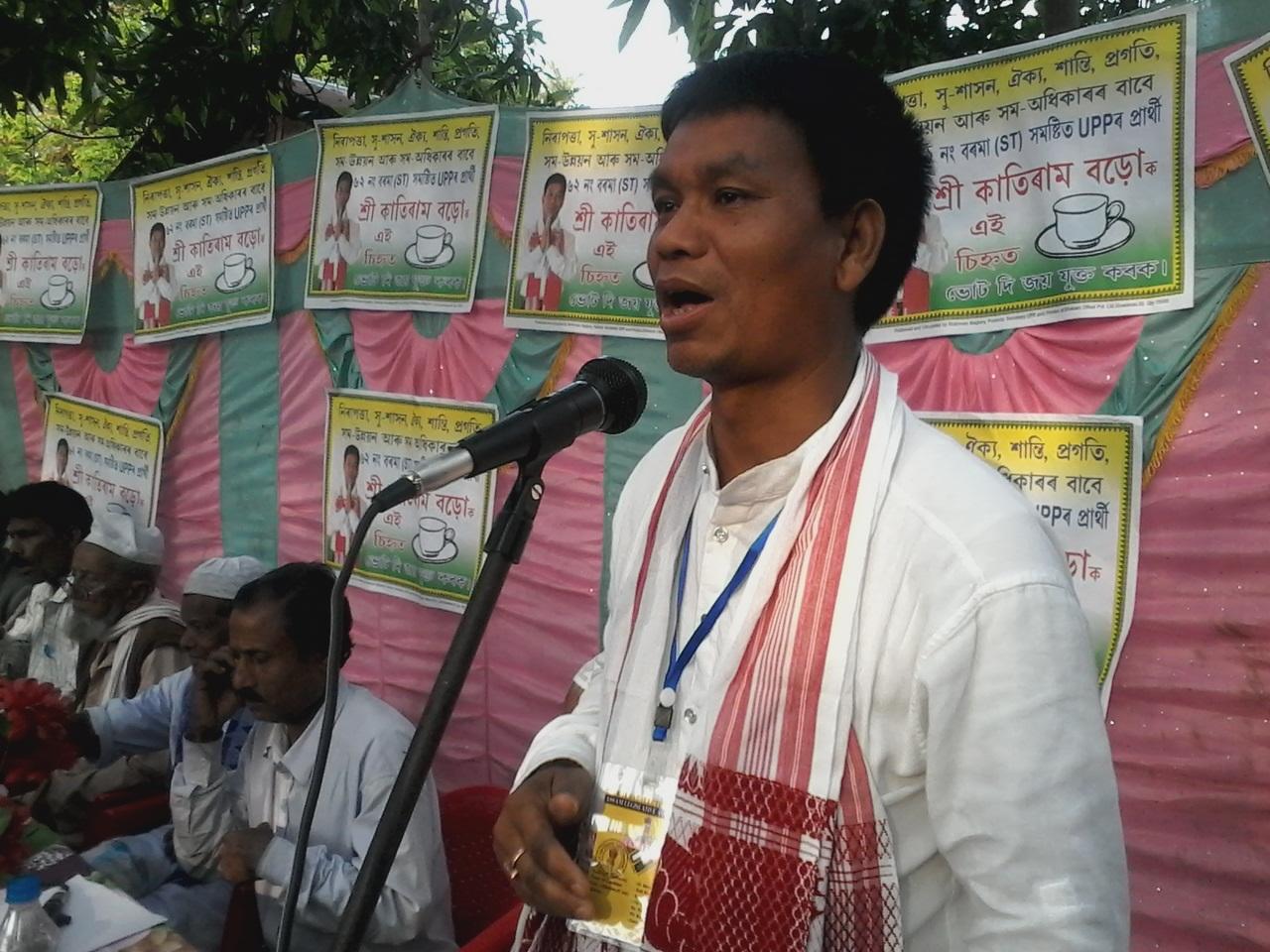 The electioneering campaigning from different parties and organizations for their candidates including United People's Party (UPP) have been gained momentum among common voters ahead few days left to the scheduled April 11 next assembly election in the state.

UPP candidate for 62-Barama LAC Katiram Boro hold his election campaign meeting at Dipta Passali today in support of his candidate where thousands of common citizens from different communities thronged and extended support to the candidate.

Boro, in his speech said that his party has been contesting in 14 constituencies in BTAD region and supporting Congress party outside of BTAD in the assembly election. He said that irrespective of caste, creed and language are supporting the UPP in the election . He has claimed that he is winning the constituency as common voters are favoring his candidature. Boro has claimed that UPP party would be formed government alliance with Congress at Dispur by winning large number of seats. He has appealed to vote for his candidature to meet good governance and healthy administration in the region. Boro also inaugurated election steering committee office at Dipta, Barjar, Bhojkusi, Tihu. Hanif Ali, president of Minority Cell of UPP, Hazarat Ali, Secretary of UPP were also addressed the campaign for Katiram Boro in the constituency. There are five candidates in fray to contest the election in the Barama LAC, among them sitting MLA Maneswar Brahma, BPF; Paniram Rabha, Congress; Rekha Rani Das Boro, Independent; Katiram Boro, UPP and Bhupen Das, Independent.

Meanwhile, sitting MLA and BPF candidate Maneswar Brahma has also been campaigning in support of his candidature in the constituency. Brahma claimed that his winning is sure for next term from the constituency and his party is forming government at Dispur. He said that BPF party was working for the all round development of the common peoples.

22 Apr 2014 - 7:35pm | Hantigiri Narzary
Many voters in Bodo belts are likely to face hardship in reading the name of the candidates when they come to exercise their franchise on April 24 in the third phase election in the state. The EVM...