With just few days left to the scheduled assembly elections on April 4 and 11 next, campaigning from different parties for their candidates saw more gathered momentum among common voters in the region.

Brahma has claimed that he and his party is winning in all 13 contesting seats in the region and government would be formed by BPF, AGP and BJP, no doubt. He said that his party was working for all round development of the common publics.

Choudhury, in his election addressed said that the alliance party is winning in large number of seats across the state.

While, UPP candidate for Kokrajhar east Pratibha Brahma hold her election campaign here at Duramari area . She said that irrespective of caste, creed and languages are supporting the party, so her winning is clear from the respected Kokrajhar east LAC. She has appealed to all sections of communities to vote in support of her to meet good governance and healthy society in days to coming.

24 Jan 2009 - 12:27am | Ranjan K Baruah
The Yuva Manch of the Japorigog Jyoti Roopa Sangha is going to celebrate the Republic Day on 26th January with different events. The programme shall begin with the hoisting of the national flag by... 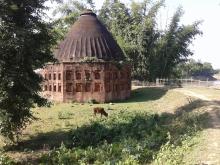 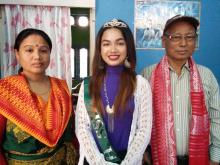 22 Feb 2018 - 10:03am | AT Kokrajhar Bureau
Kokrajhar: Yet another talent fetches no less pride for Kokrajhar in the national scene. She is none other than Daisy Basumatary, a 21year old model who enthralled the grand finalist to contest the...