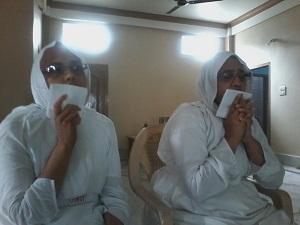 A massive prepraration has got underway to accord warm welcome highness shantidoot Acharya Shri Mahashraman,chief of Jainism  in Kokrajhar,who is entering the state of Assam through Srirampur on March 24 on the part of Ahinsa Yatra.

Addressing the reporters,Samani Veenit Proghya and Samani Jagath Proghya,organiser and office bearer of Jain Setamber Teraponthi Sabha,Kokrajhar told that the Ahinsa Yatra will be entering Assam through Srirampur of Kokrajhar dsitrict on March 24 where  Acharya Shri Mahashraman and several sadhus are arriving.They said that all kinds of preparations have completed so far to accord warm welcome the Yatra team in a big manner.

Acharya Shri Mahashraman will address a grand gathering on March 28 and 29 at Rashmela ground in Kokrajhar where devotees from across the state are ecpected to attend.They also appealed to all sections of communities to participate in the programme,which is a mission of building peace and integration across the world. 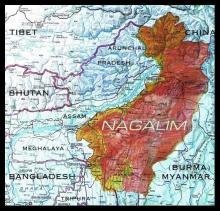 22 Feb 2014 - 10:49am | AT News
BJP’s prime ministerial candidate Narendra Modi said that if his party comes to power, then he would rehabilitate the family members of Ananta Hazarika and Gopi Gogoi. The duo died after attending...

12 Jun 2014 - 9:26pm | Hantigiri Narzary
Former Lok Sabha MP Sansuma Khunggur Bwiswmuthiary, who is also the President of World Confederation of Mongoloid People (WCMP) on Thursday expressed his hope that the BJP led NDA government at the...