Training to presiding and polling officers 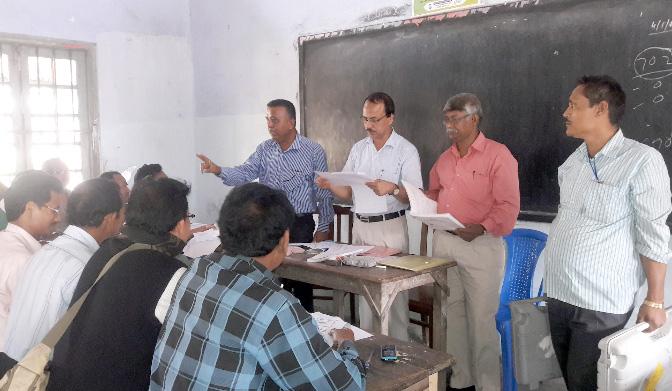 The second phase polling personal training of the 64 No. Panery LAC was held at Tangla HS School on Monday. A total of 588 both polling and presiding officer were trained by master trainers on handling of EVM's,verification of voter details, stationaries to be used in the polling process etc; All the training process are held under the guidance of Nabadeep Pathak, Udalguri District Election Officer.

8 Mar 2015 - 8:11pm | AT News
Security forces arrested a Muslim United Liberation Tigers of Assam militant from Dhubri on Sunday.He was nabbed during a joint operation by the Army and police forces from Baijer Alga village in...

24 May 2013 - 11:28pm | Ritupallab Saikia
The Golaghat Dist. unit of Bharatiya Janata Party (BJP) is undertaking a village to village Padayatra (foot march) across the district demanding the cancellation of the Assam government’s...