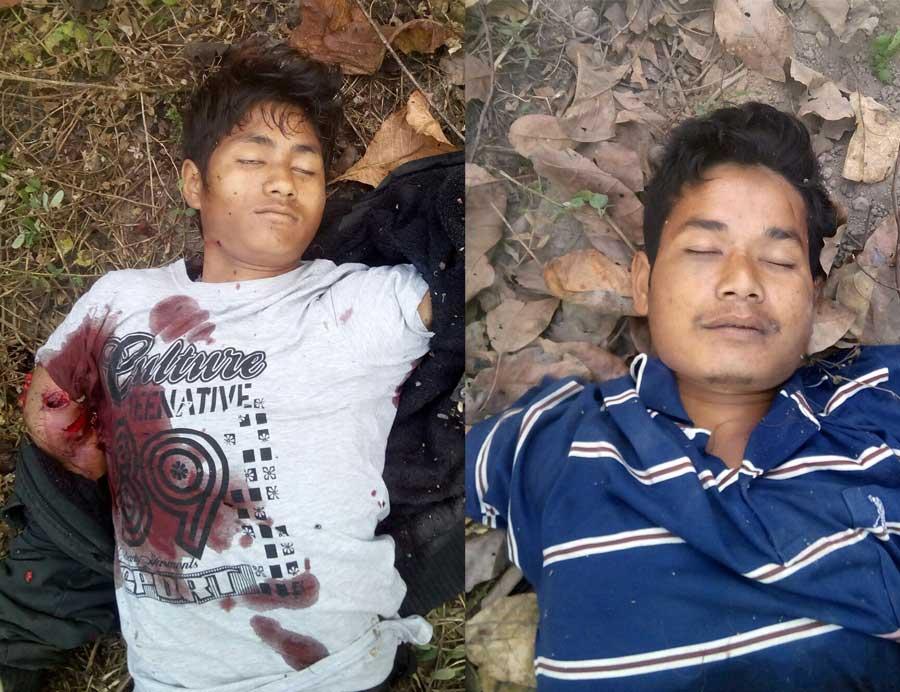 Two hard core cadre of the National Democratic Front of Boroland-Songbijit faction (NDFB-S) were killed in an encounter with security forces on Sunday at North Auzarguri under Serfanguri police station in a joint operation launched by police and army in Kokrajhar district.

Based on a tip-off about presence of militant outfits, security forces launched a joint operation against militant cadres where heavy exchange of fire was held and two cadres were killed on the spot by around 6 am in the morning.

Two 7.65 pistol, 2 Hand grenades, one magazine of AK 47, several round live ammunition were recovered from them.

16 Feb 2015 - 11:21pm | Abdul Gani
Assam Chief Minister Tarun Gogoi said that protection of life of the working journalists is state’s responsibility and the government would do everything possible to ensure safety of the press people...

13 May 2012 - 11:30pm | editor
BJP on Sunday blamed Congress for the lack of development in Assam. Addressing a press conference in Guwahati on, party president Nitin Gadkari lambasted it for failing to live up to the expectations...