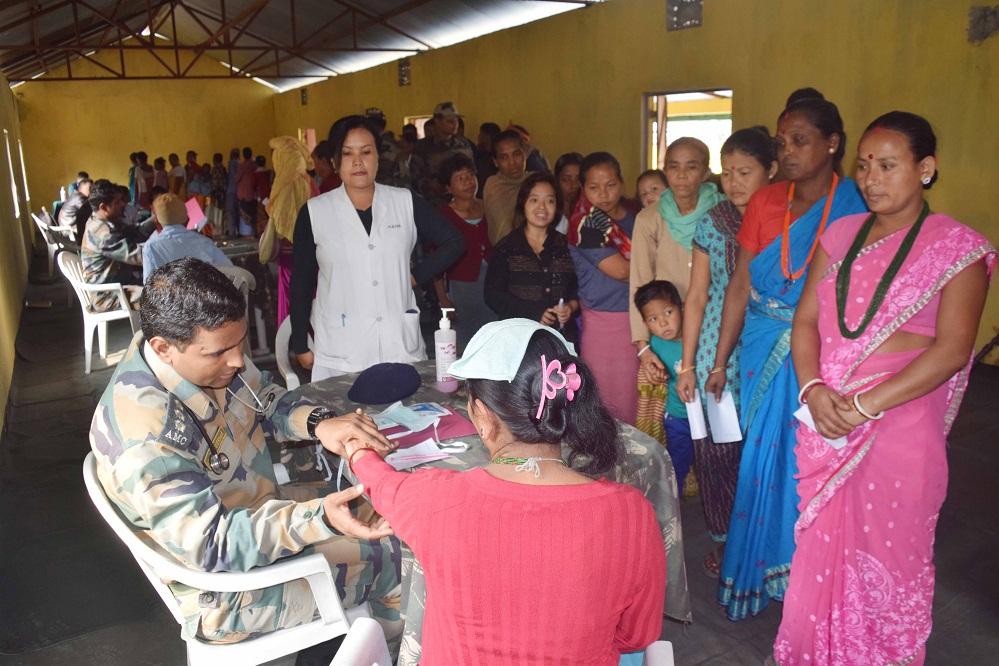 A total of 640 patients from greater Saralpara thronged the medical and awareness camp to receive medical check-up on Saturday along the Indo-Bhutan border of Kokrajhar district, was organized by Army unit of Red Horns Division.

On the other hand, 16 Bn SSB Ranighuli was organized a medical civic action programme along with Samajik Chetna Abhiyan under perception management for the welfare of population of border areas at Ultapani area on Friday.

Several notebook, pen, pencil were distributed among students, besides, free water supply for villagers of Bangaon, Sonapur in the area were distributed. A K C Singh, Commandant of the battalion distributed the materials.

‘Irrespective of citizens of the local area expressed their gratitude to SSB for not only taking care of their security needs but also for undertaking various community welfare programmes for border region of the district’, said a citizen.

Assam girl tops in B. Arch

17 Mar 2012 - 9:38pm | Jayanta Kumar Das
Rupalim Choudhury of Assam has topped in the B.Arch (Bachelor of Architecture) from Visvesvaraya Technical University,Belgaum Karnataka,securing gold medal.She is the only daughter of Mukunda Ram...