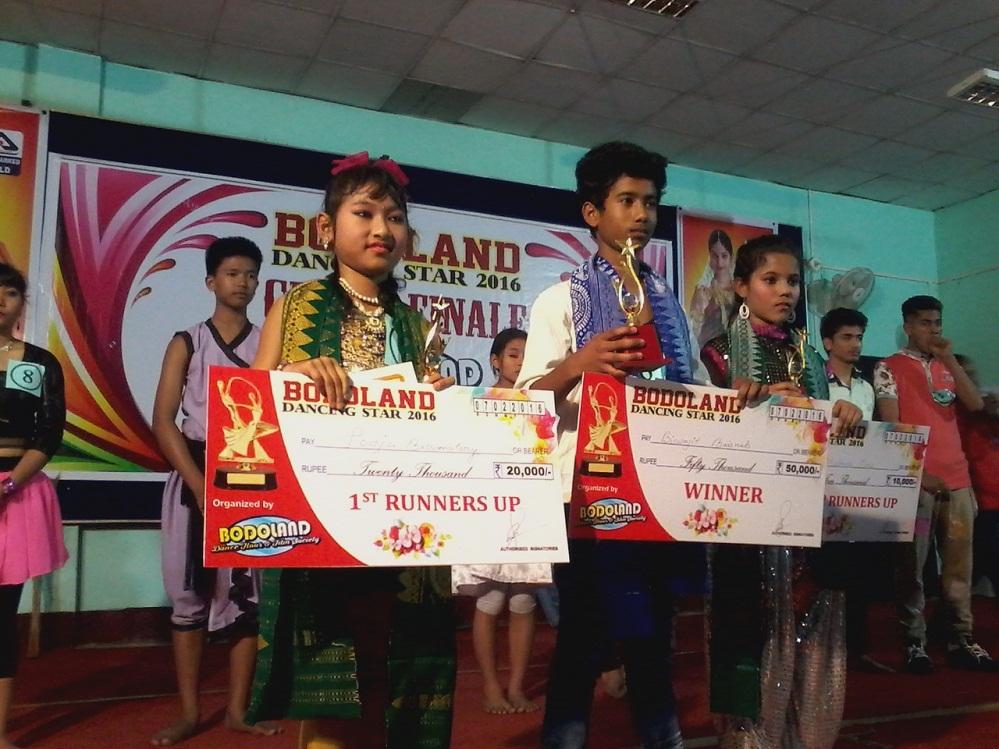 Biswajit Baishab of Chirang won the tittle of Bodoland Dancing Star Contest-2016 in the grand finale held on Sunday at Science College auditorium in Kokrajhar.

The Bodoland Dancing Star 2016, a dance competition among talented budding dancers,was organized by Bodoland Dance Floor & Film Society for first ever in the region, received huge applause from audience and viewers.

A total of 60 dancers from various parts of the Bodoland as well lower Assam districts  participated the dancing arena and 10 of the contestants reached in the grand finale,who showed and presented their best dancing performances which attracted viewers minds.

Biswajit Naishnab of Chirang won the contest,Puja Basumatary of Baksa adjusted first runners up and Dhritisree Das of  Udalguri was adjusted as second runners up in the contest.

During the contest judges from New Delhi Rajan Rathore and Jayanta Narzary,NSD  attended as judged and declared the winners.

Brahma, attending the function as chief guest said that the dancing competition organised by the society will create dancing superstars among society in the region.This is a good initiation for the society that will nurture to the budding dancers.

'It is a lauded initiative from the society by organizing such kind dancing arena which would encourage the budding dancing talents to take more spirits', Brahma said.

Whose Data Is It Anyways?

6 Oct 2017 - 11:20am | Nitin Rao
Lewis Hamilton, an ace Formula one driver uses a battery of people and slew of technology to know the wind speed, tyre stress, fuel efficiency and fellow driver position to “WIN”.  CEO’s of all...