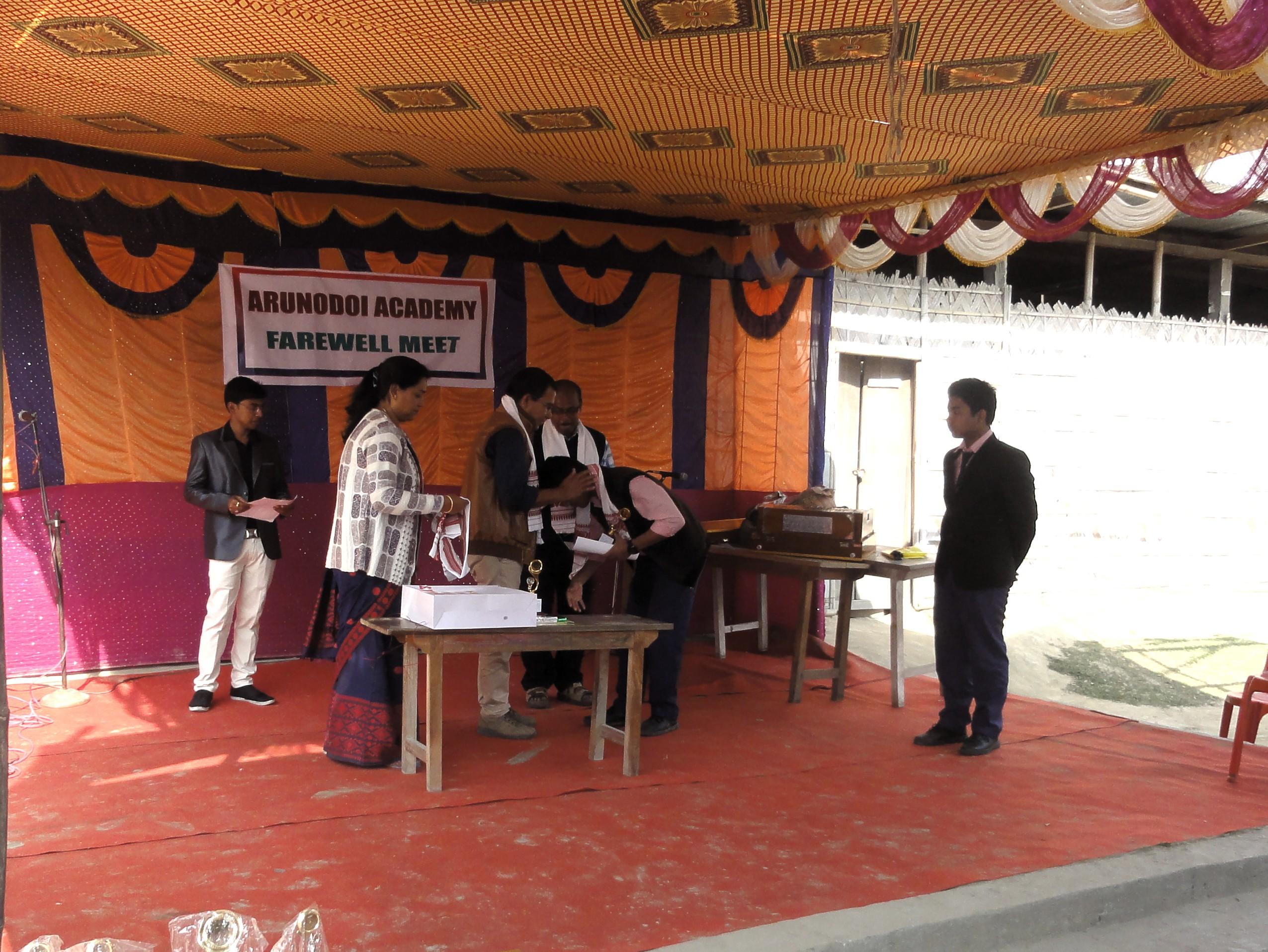 Five meritorious students were awarded with felicitation at Tangla recently on January 30 at a function organized by Arunodoi Academy school and Arunodoi Junior Scxience College,Tangla.The programme was held at Arunodoi Academy School premises on the occasion of farewell ceremony given to 51 outgoing students of class ten. Himanta Biswa Deka and Subham Patar were awarded with Late Sadananda Hazarika Memorial Award for overall excellence and good performance in school.The award was sponsored by Anjali Debi Hazarika in memory of her father-in-law Late Sadananda Hazarika of Guwahati.On the otherhand Sansri Narzary,Peeyus K Madhanan and Driti Devi were felicitated and awarded with Late Daya Ram Das memorial trophy.Welcome speech was given by Napolean Daimari,Principal,Arunodoi Academy School who also presided over the award giving ceremony.Attending the function as the chief guest,Ramanuj Hazarika,Asstt. Commissioner, Udalguri rhuminated his schooling in Assam and higer education in New Delhi.He said how he could score mere seventy percent marks in HSLC,but could manage to pass HS examination with state rank.He also briefed students,teachers and guardians on education in New Delhi,where relations between students and teachers had been unique.He advised students not to choose any carreer under any pressure.At the same time he advised students not to consider poor financial status of parents as deterrent to quality education.Citing his own example Hazarika said that a meritorious student of any faculty could achieve success in life.He advised students to see dreams and to fix goals accordingly for better future.

23 Jul 2017 - 8:45pm | AT News Imphal
A family is mourning after an 18-year-old girl was shot to death allegedly by her “boyfriend” at Moreh town bordering Myanmar early on Sunday. Meanwhile, the Kuki Students' Organisation (KSO),...