Sabda Satadal, a collection of modern Assamese poems, penned by Durga Charan Choudhury and published by Bhabani Prakasan, was released on Thursday at Guwahati Press Club. Inaugurating the book, Dr Lilawati Saikia Bora appreciated the poet for his enthusiasm to the creative world. Dr Bora also informed that Choudhury initially used to write short stories and later tried his hands with poetry. 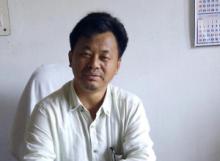 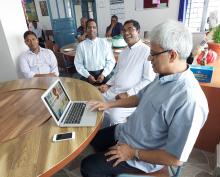 27 May 2021 - 5:22am | CM Paul
Darjeeling: The first college Community Radio in North Bengal launched a creative initiative to mark 75th year of India’s Independence with what it calls ‘Azaadi Freedom Songs’ - a celebration of...