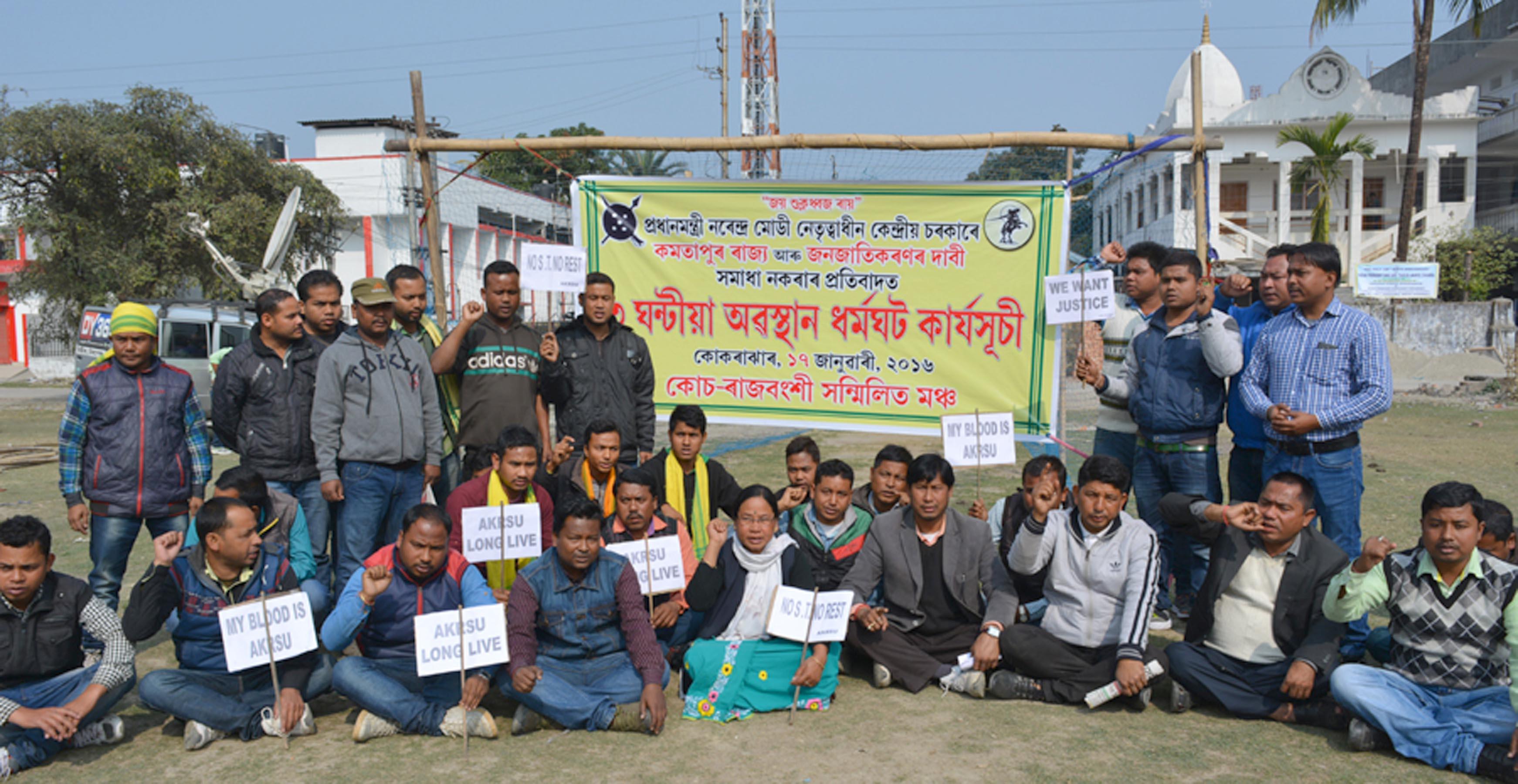 Hundreds of activists and common publics of Koch Rajbongsi Sanmilito Mancha stages 3-hours protest dharna at Rasmela ground on Sunday in protest against PM Modi visit on January 19 in Kokrajhar.

The mancha strongly slammed the BJP led NDA govt for not granting and solutions of demands from Koch Rajbongsi community.

Biswajit Roy, leader of the mancha has warned for vigorous mass agitation if PM Modi do not grant ST status to the community and Kamatapur state during his Kokrajhar visit.