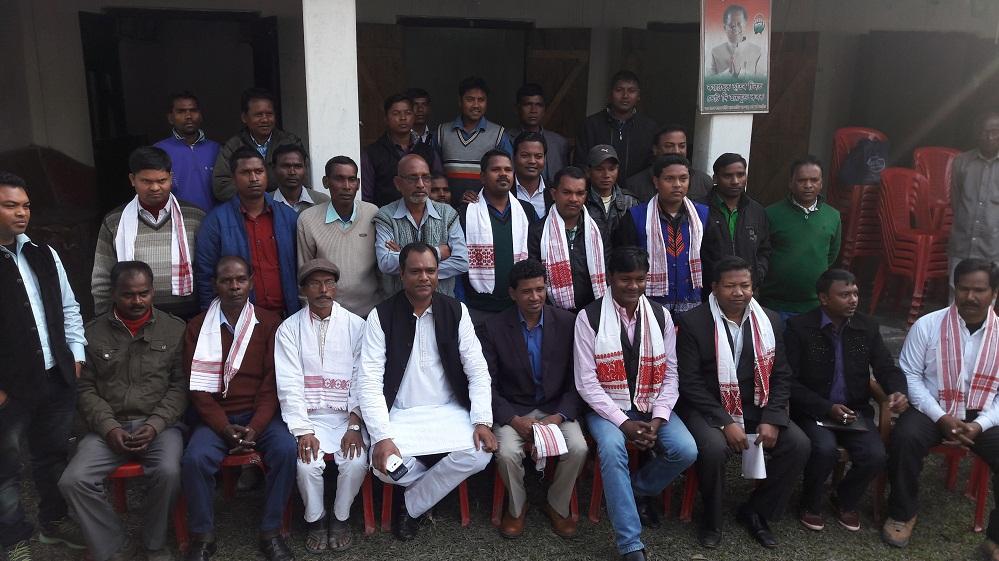 Speaking on the ocassion the Congress leaders  urged the tea tribe community to vote for the Congress in the coming Assembly election. They said that Congress have been providing  the Tea tribe community with many welfare schemes and there by helping their community. The leaders also said that BPF would have a hard time in the three assembly constituencies of Udalguri district namely Udalguri,Mazbat and Paneri. In the new District committee Sanjit Tanti was made the President while Simon Nag was made the Secretary, Bimon Mahato was made the General Secretary. The meeting came to an end with the vote of thanks offered by Santius Kujur Rajya Sabha MP of state.

8 Apr 2017 - 7:26pm | AT Kokrajhar Bureau
National archer Gohela Boro has been sent to Delhi on Saturday for better treatment. She was suffering from serious diseases since 4-5 months back. Many well-wishers, organizations have extended...

9 Mar 2018 - 9:06pm | AT News
KOKRAJHAR: Sensation prevails in Bhurpar area of Runikata in Chirang after unidentified miscreants the body of a local BSF jawan was recovered early in the morning. Identified as Subash Basumatary,...