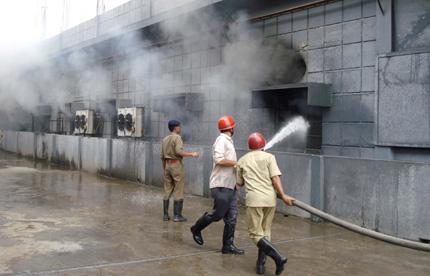 A devastating fire that broke out in the city’s Lakhara area has completely gutted a biscuit factory on Saturday. According to information, the source of the fire that ravaged Krishlay Snacks Food Products is an electric short circuit that took a terrible turn and it took almost four hours for fifteen fire tenders to douse it and by then the entire fire has engulfed the factory. The management has informed that properties worth Rs 20 crore has been destroyed by the fire at broke out at around 10 in the morning.

16 Feb 2014 - 5:06pm | AT News
Suspected NDFB(S) militants kidnapped a businessman in Lakhimpur district on Sunday.Identified as Mukesh Agarwalla, he was kidnapped from Simluguri in Bihpuria in the morning at gunpoint.Rescue...