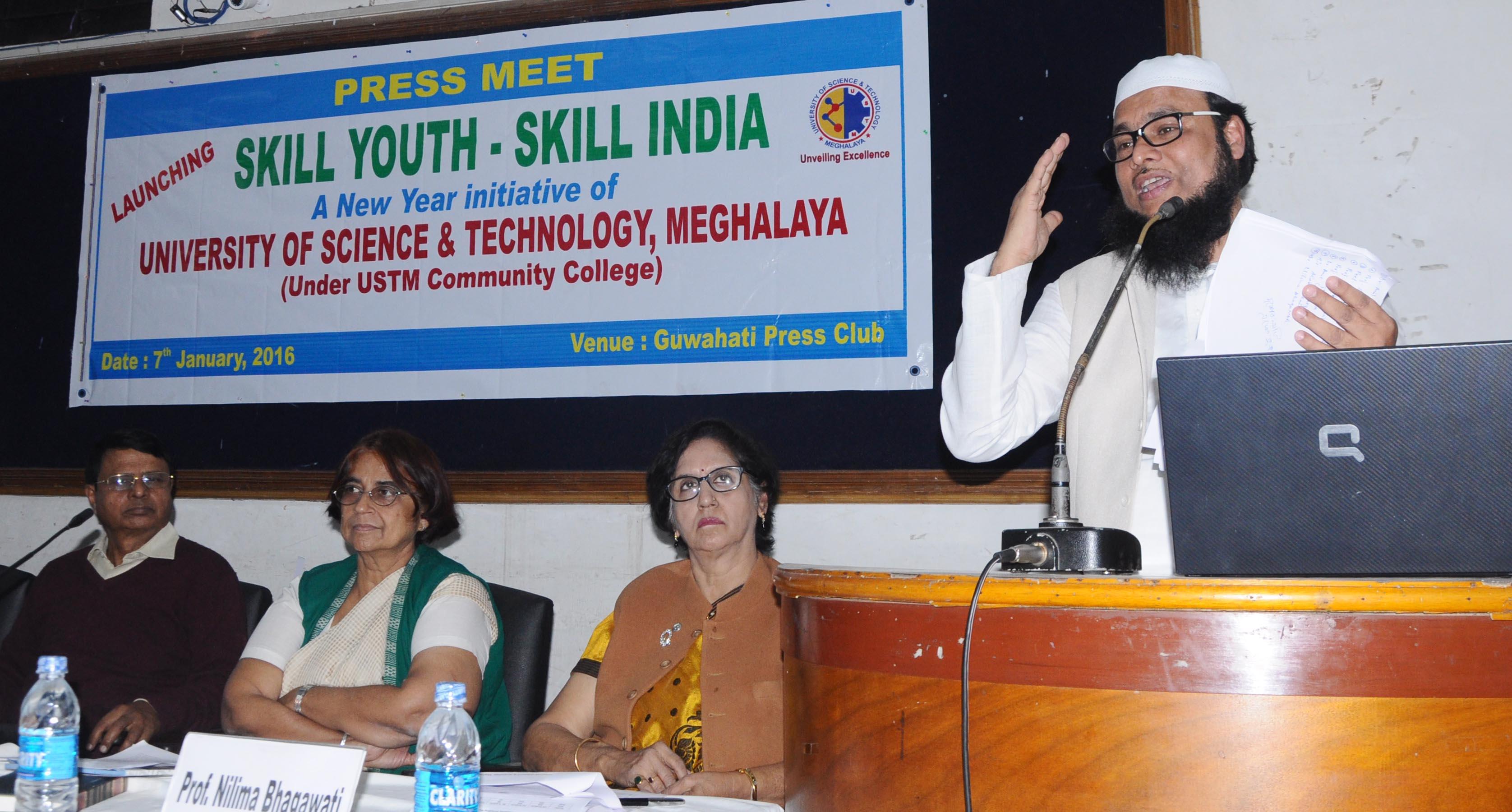 A northeast India based technical university has mooted for a community college to impart skill development courses to youths of the region with an aim to improve professional skills and employability. The University of Science and Technology Meghalaya (USTM) has taken the initiative to launch the program under ‘Skill Youth- Skill India’ mission.

“Under the programme, short term certificate & diploma courses will be conducted to train youths in various job oriented skill development initiatives in various schools of USTM. The scheme will become operational from June 2016,” said USTM chancellor Mahbubul Hoque. Speaking to reporters at Guwahati Press Club Hoque also added that initially the courses of three to six months would be conducted targeting over 1000 youths in 2016-17 financial years.

The programme is aimed to supplement the various vocational courses conducted by Central and State governments and will be linked with the Prime Minister’s skill development initiative under the Union skill development & entrepreneurship ministry.

“50% students will be given training free of cost. The rest will be charged only rupees 1000 per student for each course. The youths with minimum formal education up to 10+2 standard will be eligible for admission. During the academic sessions of USTM, the community college will offer two to three days of evening classes,” stated Hoque.

30 Mar 2008 - 3:33pm | editor
A two hour long powerful storm on Saturday midnight has left lakhs of houses ravaged in central and upper Assam district. According to information, a women died in Roha in Nagaon district when her...

4 Jan 2013 - 8:03pm | editor
A lower court in Lakhimpur has jailed a CRPF jawan on Friday charging him with raping a physically challenged woman on Thursday. Three of his colleagues are on the run. The incident took place at...