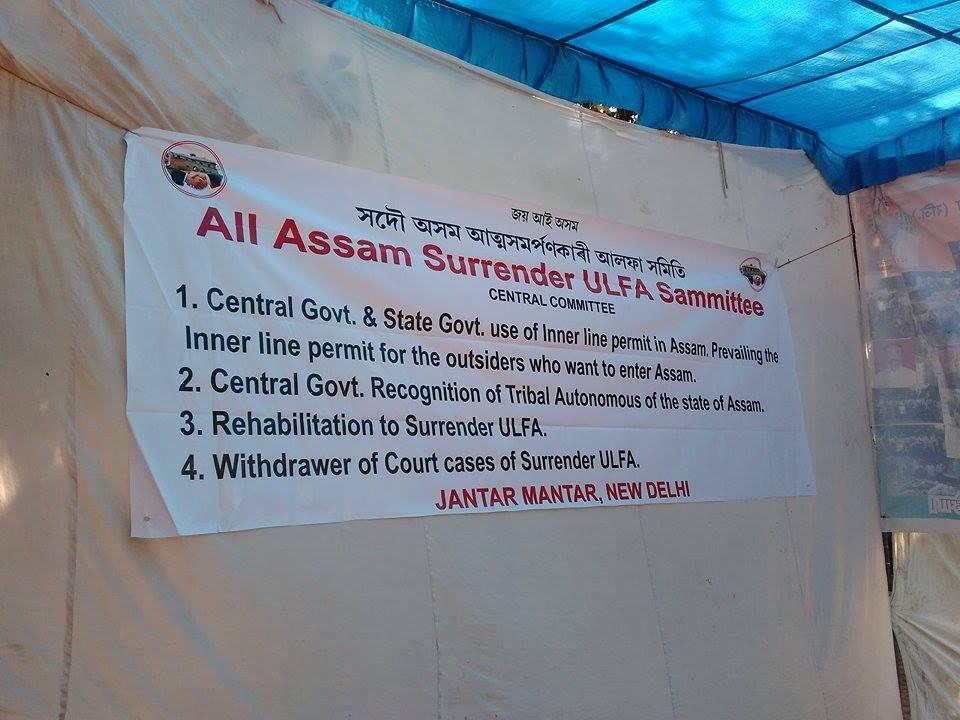 The surrendered ULFA activists staged demonstration in New Delhi on Tuesday demanding inner line permit in the state apart from raising a few other issues.

At 10 in the morning, more than 50 surrendered ULFA activists thronged the Jantar Mantar in the capital and started the dharma. "We want ILP in the state. Apart from this we do demand rehabilitation of our activists at an earlier date," said a protestor.

Another protestor said, " we demand ST status for the entire state which is only the way to help Assam progress." Those who joined the national mainstream further asked the Centre to detect and deport the Bangladeshi immigrants from the state. 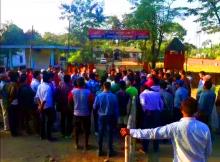 12 Nov 2017 - 6:25pm | Mithun Baruah
The former ULFA rebels have ended the road blockade in Ledo after the authority released six of their colleagues who were detained for setting afire three huts in Maplang Khamti village. But Colonel... 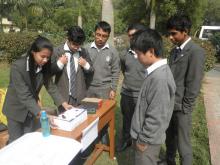 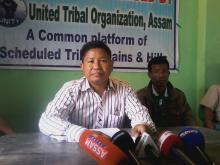