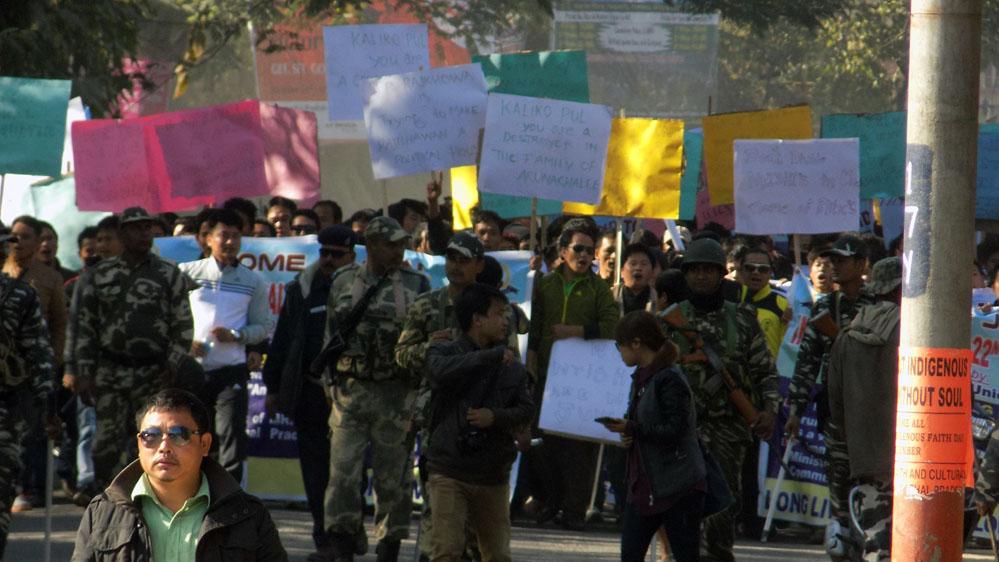 But the power hub in the north eastern state is still on the boil with non stop protest against Rajkhowa and Pul. All Nyishi Students Union on Tuesday took out a huge protest in the capital city against the Governor and the former finance minister who has been leading the dissidence to dislodge Nabam Tuki as Chief Minister.

Taking banners and festoons in their hands more than 6,000 people came out to the street demanding withdrawal of Rajkhowa and arrest of Kalikho Pul. "This governor must go from Arunachal Pradesh. Rajkhowa is a BJP agent. He has no right to remain in the Raj Bhawan," said a protestor.

Another protestor told Assam Times that the dissident Congress MLAs have been disrupting the government functionings where the people have been bearing the brunt. "Kalikho must be arrested for releasing an incriminating video clip which has gone viral in the social media," said the protestor.

21 Jun 2009 - 6:45am | editor
Guwahati Press Club, a pioneer mediamen’s organization of Northeast India witnessed an unusual Sunday morning today (June 21, 2009), when a group of journalists bared their hearts to the...

28 Aug 2017 - 4:50pm | Dibya J Borthakur
The Tezpur police have arrested Akhil Gogoi when the influential peasant leader was leading a huge protest in the Sonitpur district headquarters demanding land part as for the landless lot. ...

Seminar on skill of motivation

5 Apr 2008 - 7:53pm | editor
The Karbi Anlong district Teachers' and Employees Association (KATEA), Howraghat zone will organize a day-long educational seminar on "Skill of motivation" with an aim to stimulate...