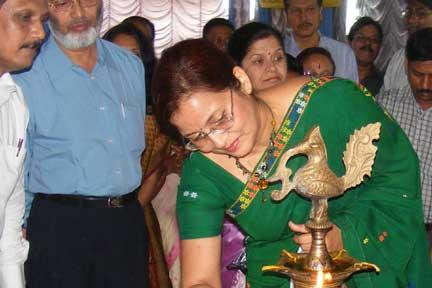 Assamese Film Actress Moloya Goswami lighting the lamp at the inauguration of the North East Crafts and Textile Exhibition held at NEDFi Hut premises in Guwahati on 25-06-08. The exhibition is going to be held up to 2nd July.

Ragging - another side of social menace

15 Aug 2009 - 10:41am | bishwajeetsinha
The menace of ‘Ragging’ is so much that hardly anyone can believe that there is any positive effect is involved in the whole process of getting to know each other in due course of time....

26 Mar 2014 - 1:18pm | AT News
BJP candidate Joiram Engleng has submitted nomination papers to contest in the upcoming Lok Sabha polls from Diphu as BJP candidate.Accompanied by hundreds of party workers, the former Congress...