Five students, who went missing from Saralpara area on November 28 were rescued today Bengduba of West Bengal after a strong search jointly organized by police and parents.

Students of Saralpara ME School who are age group between 11-14 were went missing from Saralpara area since Novenmber 28 last along the Indo-Bhutan border in Kokrajhar district, which had been created resented among guardian and parents.

Guardians of the students searched for them and after contacting their relatives rescued today from Bengduba under Kumargram police station of West Bengal.

Shyamal Prasad Saikia, SP Kokrajhar said that the police and guardians conducted search for missing students and rescued today in a healthy situation. The students willingly went missing from their area and rescued them. No anyone person was involved with missing incident, said Saikia.

Former BTC member and social worker Madav Karki said that the students went missing on their own risk, who were rescued. Nobody was involved behind missing incident as students revealed their own missing, Karki added.

Narayan Sunar, one of missing students told that they visited Bengduba village on their willingness. 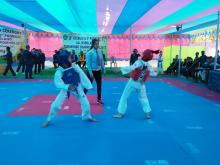 30 Dec 2017 - 11:31am | AT News
Kokrajhar: The 24th Kyorugi and 5th Poomsae, All Bodoland Taekwondo championship -2017 concluded at Siknajhar Taekwondo gymnasium in Kokrajhar with three day programme on Friday.  Altogether 17... 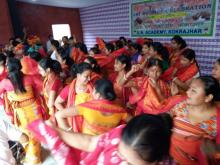