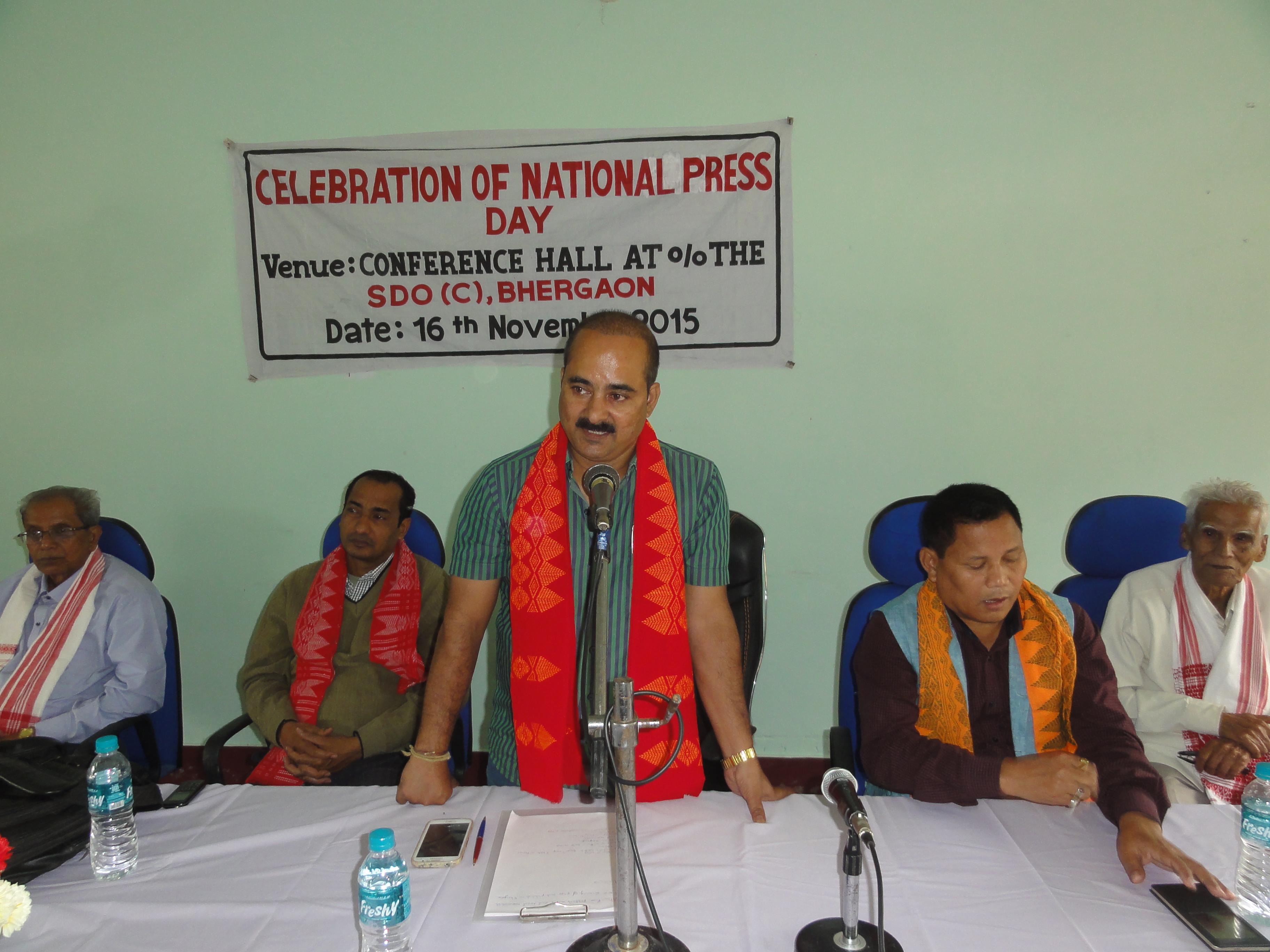 National Press Day has been observed at Sub-divisional HQ Bhergaon in Udalguri district with gaiety. The programme was organized at the Conference Hall of the Sub-divisional HQ office at 1 pm by SDO(Civil) Bhergaon in association with Bhergaon Press Club.Several speakers and senior journalists spoke on the theme “Press Publicity and Responsibilities”. The programme had started with felicitation of 16 journalists and five senior social workers of the sub-division.On the occassion senior social worker Harendra Nath sarma, Uttam Kalita of Khoirabari College,Jayanta Das,President, Udalguri District Journalists Union;Senior journalists Kamal Deka and Dwipen Deka spoke on the role of media person in the present day society.

Lwmsrao Daimari,EM,BTC speaking on the occassion as the chief guest, requested all journalists to think twice before reporting any sensitive news which could carry negative message to people.”Journalists are the torch bearers of the society and they need to be careful in dealing sensitive matters”,he remarked. The meeting was presided over by Arup Kumar Sarma,SDO(Civil),Bhergaon subdivision. In his concluding speech SDO (C) Sarma remarked that some news items could just encourage young people to adopt violence in their life causing misery to hundreds of innocent people.

18 May 2013 - 11:02am | Ritupallab Saikia
In the HSLC examination results declared Friday Pronami Kaushik of Golaghat Jatiya Vidyala has brought glory to the district by securing 7th position. She is the daughter of Ashok Borthakur and...

18 Nov 2016 - 12:13am | AT News
The tenth national  conference on social science titled “Re-imagining Social Science Researches: Global Context, National Perspectives and Regional Priorities” is going to be held on November 18...