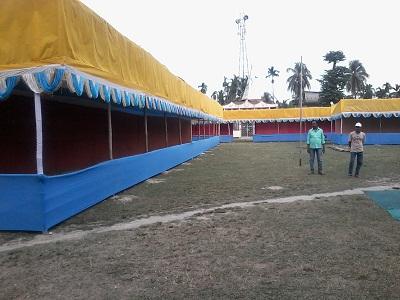 Preparation is going on to host a 10-days Craft Bazaar 2015-16 Kokrajhar at Rashmela ground from Tuesday  onwards. Speaking the reporters today MN Rama Patgiri said that the Bazaar has been organised by Bodoland Regional Apex Weavers & Artisans Cooperative Federation Limited (BRAWFED) in collaboration with development commissioner for Handicrafts, Govt of India to highlighting the growth of crafts across the country.

Altogether 102 artisans from various states of the country are participating in the bazaar, These are included host Bodoland, Asam, West Bengal, Meghalaya, Punjab, Delhi, Haryana.The bazaar will highlights craft productions of Cane, Bamboo through which craftsmen would be identified for their products, saud Patgiri.

6 Jan 2015 - 10:45pm | AT News
Normalcy is back to Kokrajhar and Sonitpur districts where NDFB-S rebels killed at least 75  Adivshi people in 5 simultaneous last month. But the situation has improved a lot. Addressing a press...

How safe is our wildlife?

25 Oct 2007 - 4:43am | Rituparna Goswami Pande
Another rhino bites the dust in Kaziranga National Park as poachers struck again in the supposedly conserved abode of these rare species. Altogether 17 rhinos have been killed by poachers or have...