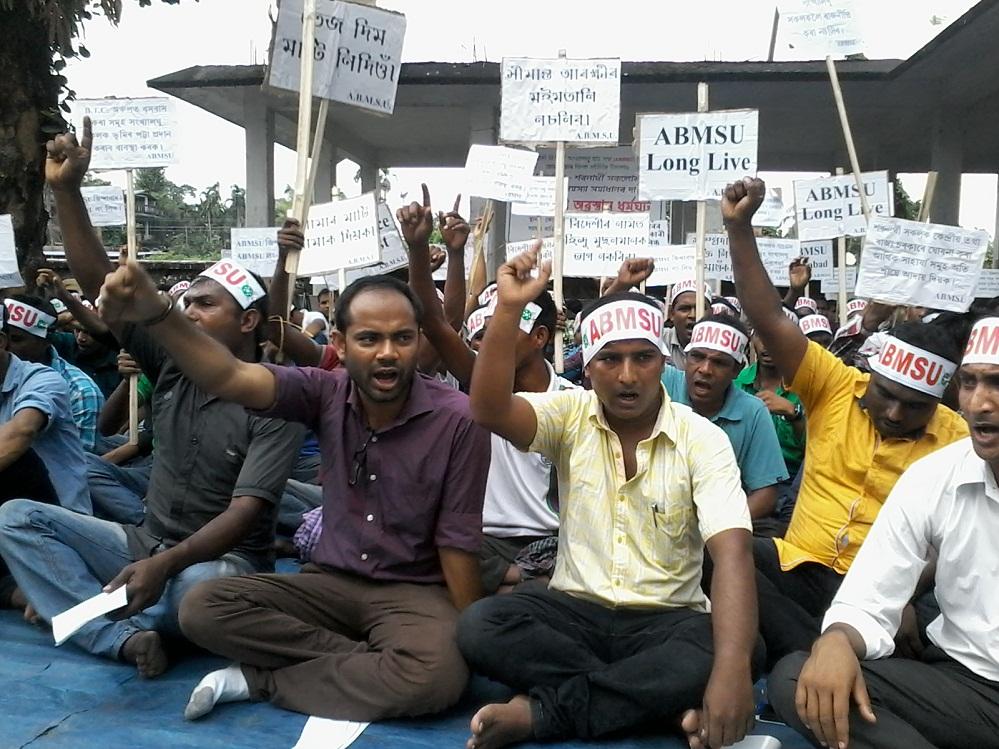 Hundreds of ABMSU activists and their supporters took part with banner, festoon and placards in a three hours sit-in dharna demanding to stop harassing to the common peoples in the name of D-voters in the state here in front of DC office in Kokrajhar today.

The dharna was organised by ABMSU in association with Kokrajhar district unit.The agitators shouted slogans like Assam govt has hai, stop harassment on common publics while hacking D-voters, besides demanded early implementation of the NRC updation as per scheduled manner.

A memorandum was later submitted to the Chief Minister Tarun Gogoi through Kokrajhar DC demanding early implementation of NRC execution in successful manner, provide fully compensation to the riot victims, who were badly affected in the riots.

Lafikul Islam Ahmed, general secretary of the students union while participating in the dharna said the state govt has been unnecessarily harassing common people in the name of D-voters. He has demanded early stop of unreasonable harassment to the common masses in the name of checking D-voters.

He has also warned for strong agitation against govt if harassment are not stop in early manner.

Obama and Mayawati: a Comparison in Contrast

12 Nov 2008 - 2:33am | editor
It will be apt to mention in the beginning that a comparison between Obama and Mayawati (Dalit woman Chief Minister of UP state in India) is not very appropriate because there is a world of...

8 Aug 2015 - 9:53am | AT News
Rain waters are back in Guwahati to wreak havoc in the premier north eastern city on following heavy downpour on Saturday. Many parts of the city have come under the massive waterlogging...