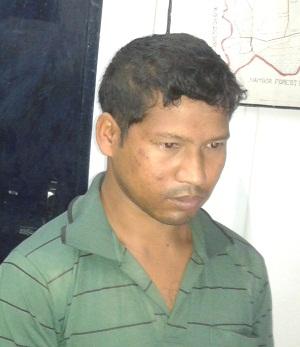 Golaghat Police today apprehended a dreaded Maoist leader from Khakandguri under Dergaon. The arrested cadre has been identified as Pallav Charingia Phukan alias Akon alias Phukan who hails from Tinsukia and working as an organiser with the banned organisation. Police sources said that Pallav Charingia Phukan along with his associates were organising a meeting at a place in Khakandguri. Acting on a tip off a special team of Golaghat police led by Additional SP Numal Mahto raided the spot and apprehended the Maoist. However two other cadres namely Diganta Thamong of Arunachal Pradesh and Bikash of Karbi Anglong were managed to escape from the spot. In the meeting plannings were made for Rhino poaching with the help of Naga extremists which unveils the Maoist organisation's link with other insurgents groups in the North East. It is to be mentioned that Golaghat police apprehended the most wanted Maoist leader Aditya Bora from the same place last month. 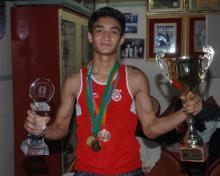 I was born to be a boxer – Shiva Thapa

13 Jun 2009 - 11:17am | Nanda Kirati Dewan
He played soccer like any other next door guy, cricket never could fascinate him and barely at 7 he donned the boxing gloves that brought international gold medal for the nation and glory for the 16...

3 Jun 2012 - 11:15pm | editor
Criminal Investigation Department is intensifying its probe into the sensational Gadapani Pathak case where the agriculture department superintending engineer was killed after he was kidnapped at... 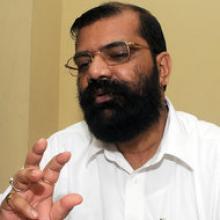