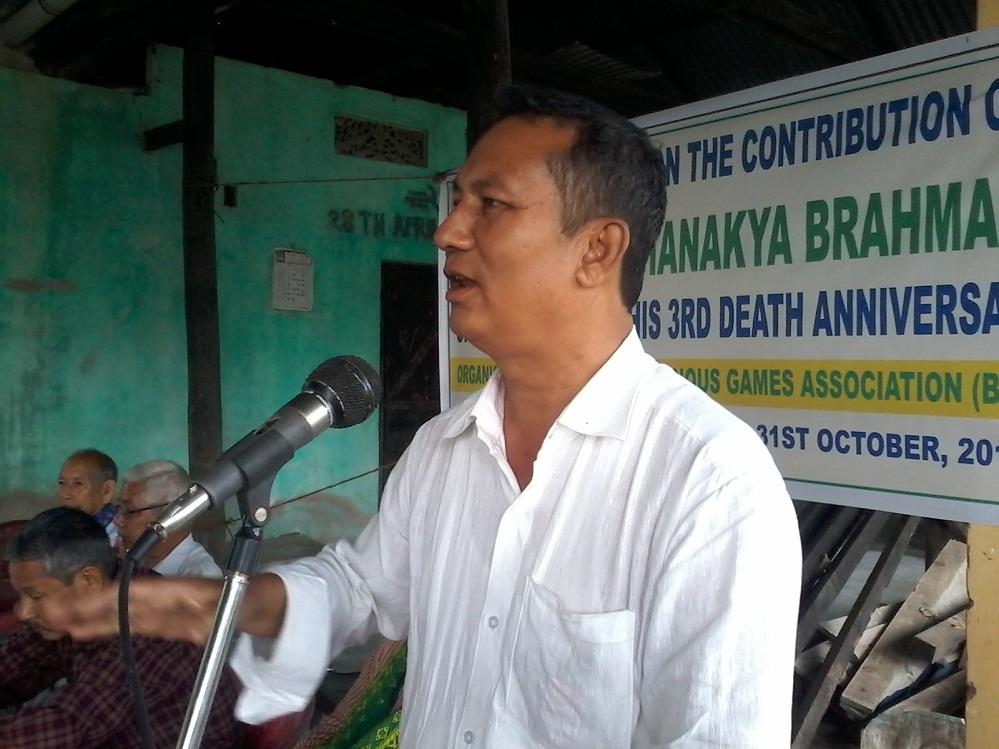 Noted educstionist, former principal of Kokrajhar DIET Chanakya Brahma died on October 31 in 2012 while going  Beijing to participate at a sports event in China.

The anniversary was organised by BIGA at Chota Adabari with day long programme scheduled in Kokrajhar.

An open discussion on the contribution of late Brahma was also organised on the occasion.

Goyary recalling Brahma said that Chanakya was a versatile person who had contributed lots towards sports development as well social uplift in his life. He said Chanakya was associated with various social organization and activities including Citizens Forum, Cultural, Sports, literary, education in his living.

Gunashankar Wary, secretary of BIGA told that the anniversary was organised to mark the recalled of contribution of lats Brahma who had dedicated his life towards development and social integration. He said that Chanakya Brahma was a man of good personality and contributed lot to the human resources building.

22 from Assam missing in Nepal

28 Apr 2015 - 9:34pm | AT News
There is no trace of 22 Assamese people in Nepal. According to disaster management authorities, the government has written to all DCs and SPs seeking the details of the untraced people in Bhutan...