Assamese community residing in the Silicon City of Bangalore headed by Assam Society of Bangalore had recently celebrated Shree Shree Durga Puja for the third consecutive year.  This year the venue was a Govt. Ground in Koramangala, the heart of Bangalore. It was a 5 days mega event well mixed with Devi Worship, Bhog and Cultural Extravaganzas. The purohits were invited from Dergaon, Assam to give the Assamese Community here the real feeling of Durga Puja the way they celebrate back home.

Late Bhupen Hazarika’s Bistirno Parore was sung in a multilingual chorus (Assamese, Hindi and Bengali) as a tribute to the legend. During this Puja through the yearly souvenir “Shree”, ASoB had also taken a noble initiative of connecting other Assamese societies/associations in India. Assam Association of- Mumbai, Kolkata, Chennai, Vadodara, Gurgaon, Delhi had offered special best wishes messages for the Souvenir ‘Shree’. President of Kolkata Assamese Cultural Association and Secretary of Assam Association Vadodara had attended the Puja Celebration. 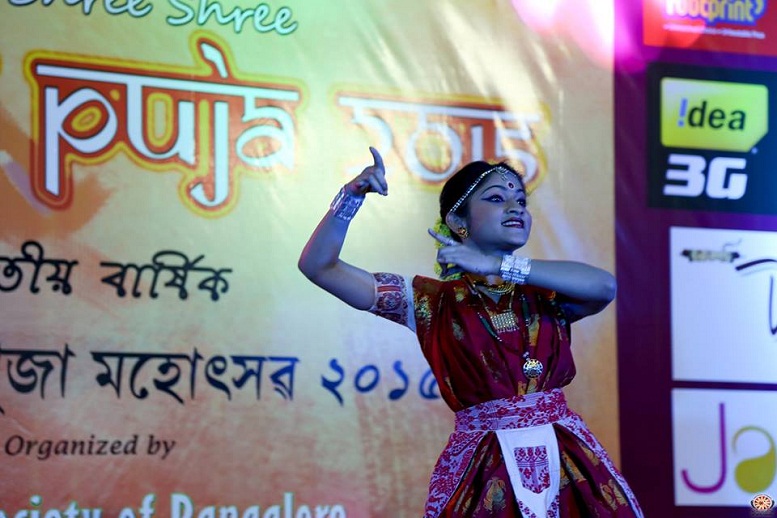 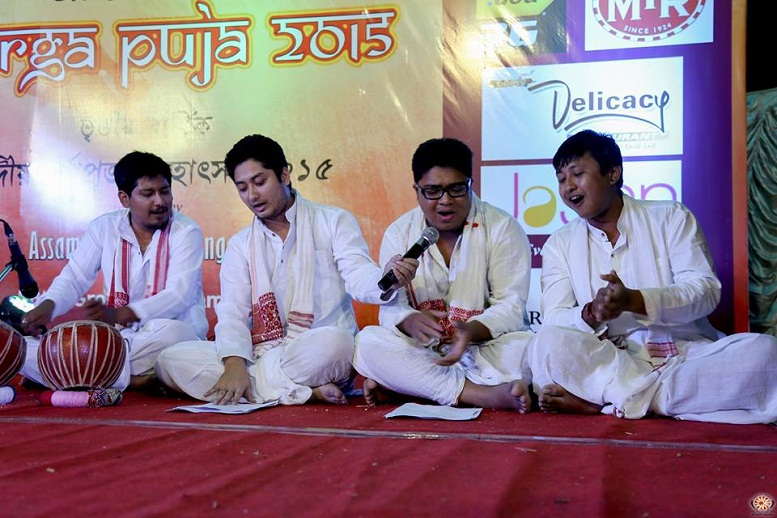 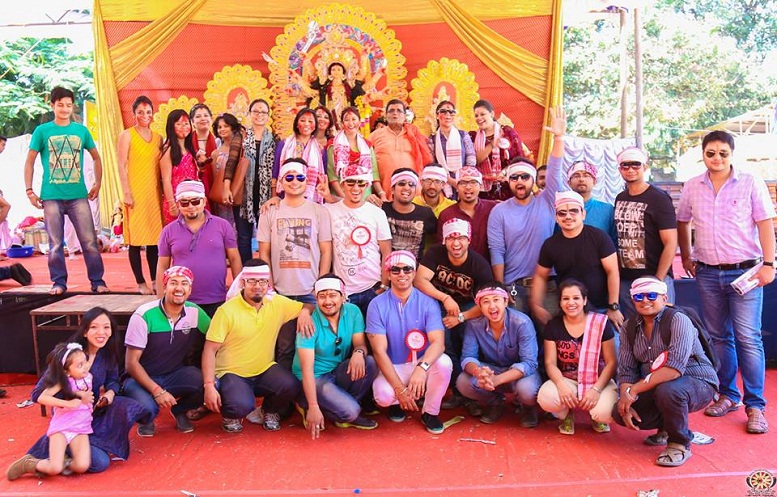 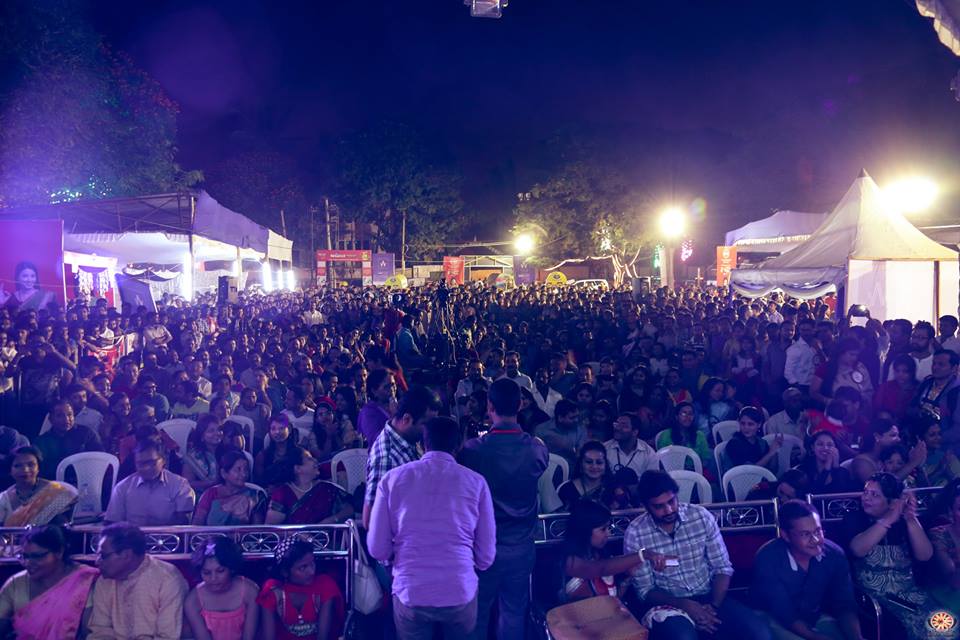 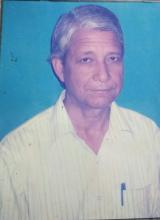