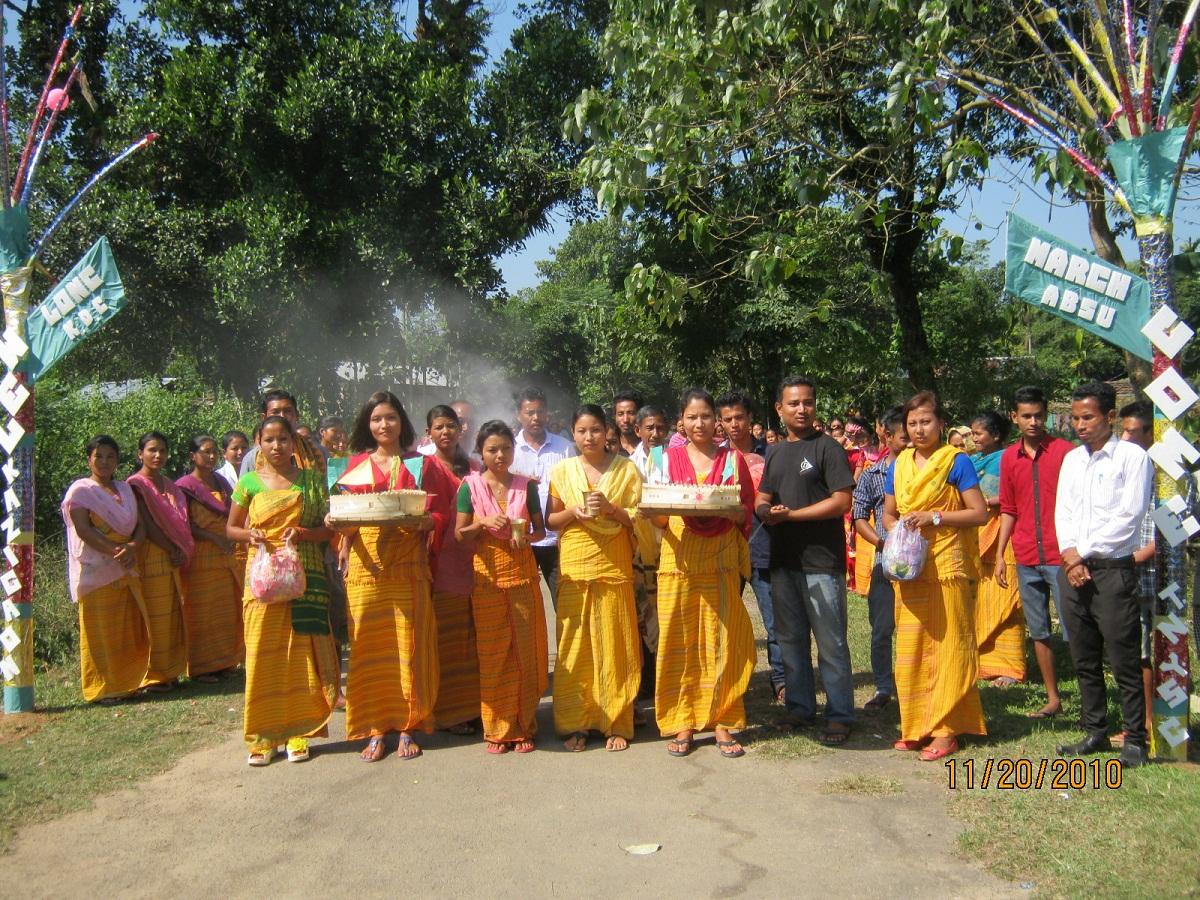 The long march of ABSU crossed seven villages under Parbatjhora subdivision on Thursday on its second day of mission bringing of total revolution among society.

The march was started from Magurmari right early morning 7.30 am proceeded to Banyaguri,Malotijhora, Kawahagi, Singijhora- Pondragaon,Jolaigaon anc hold night at Bashbari where they hold meeting with publics on the core issues of education, social uplift, human resource development. 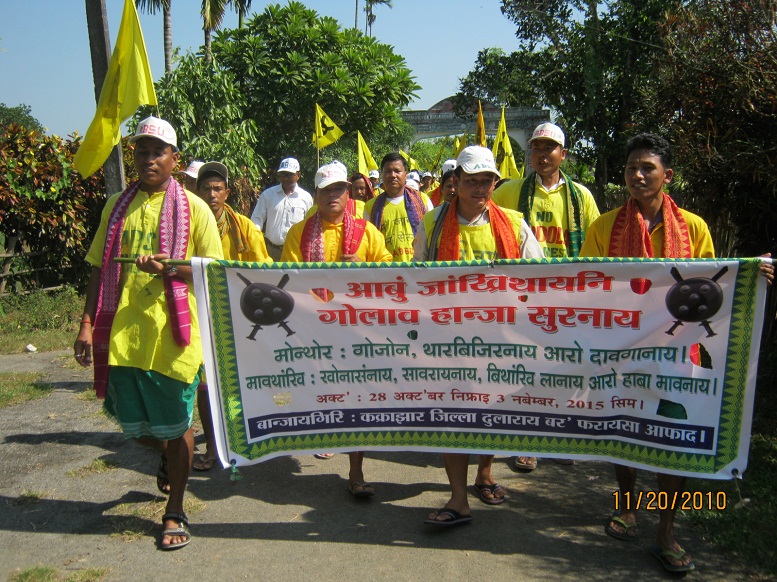 24 Sep 2012 - 2:59am | editor
Schools and colleges in Majuli have been closed indefinitely from Monday. The decision was taken in view of rising flood waters which have submerged over 70 per cent landmass of the river island....

20 May 2013 - 11:41pm | Abdul Gani
After the colourful performance at ‘India Campaign for Olympic 2012’ in London, folk artiste Ranjit Gogoi’s magical drum beats will be heard once again at Irish Festival on 23rd and 24th...