AIUDF gearing up for Assembly election 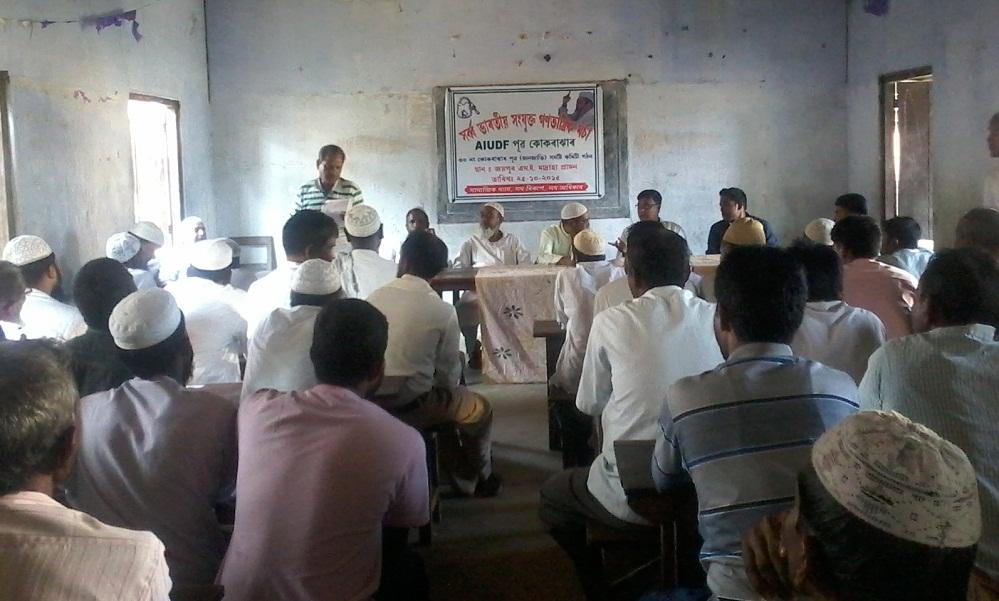 After winning four seats of contested eight constituencies in BTAD elections April last, the AIUDF has been geared up to contest in all 12 LACs under BTC in the ensuing Assembly election that to be scheduled in April-May next year(2016).

The AIUDF has been organising party awareness meeting and formed Assembly segment party committee at various constituency in the districts through which party has gained its strength among common publics.

An Assembly segment level committee of the party for Kokrajhar east(No.30) constituency was formed with Askar Ali as president and Janab Ali Sheik as general secretary along 35 executive members at a meeting held at Joypur ME school ground with Mukbul Sheik in the chair on Sunday in Kokrajhar.

BTC MCLA and party leader Abdul Ali Mondal attending the meeting told that his party will be contested in all 12 LACs that fall under BTAD area in the ensuing Assembly elections.He said that party has been geared up with full preparations as common masses are wanting good governance and change of society through peace and unity among various communities.

He has expressed his confidence that his party will be winning in large number of seats in the region as voters are expressing their welcome gestures to the party.

‘Most of the parties including BPF will be face of defeating situation in the coming elections’, Mondal adding said that his party will get mass majority supports throughout the state that will pave to form next government.

Mentioned be made that the AIUDF had won four seats from contested eight seats in the BTC election April last in its first contest history of political ground.

30 Oct 2017 - 12:48pm | Shajid Khan
A biker died when a speeding dumper rammed into the two wheeler on the Mangaldai-Bhutiachang road on Sunday. The accident took place near a petrol pump under Tangla police station in Udalguri where...

18 Feb 2014 - 10:56pm | AT News
Despite round the clock vigil, Guwahati city is still a den of thieves and robbers.Two motorcycle born youths looted Rs 6 lakh from a businessmen on Tuesday forcing police operation in search of the...