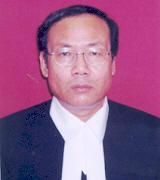 Senior most Gauhati High Court judge Justice Tinlianthang Vaiphei will take over as the Chief Justice on October 21. Assam Governor PB Acharya will administer Vaiphei the oath of office and secrecy at a function in the Raj Bhawan on that day.

President Pranab Mukherjee appointed him to replace acting Chief Justice Kazarian Srecdhar Rao who is retiring on that day.

Congrats Vaiphei sir for your

Permalink Submitted by SANDEEP LANGTHASA on Fri, 16/10/2015 - 23:49
Congrats Vaiphei sir for your achievement.

27 Oct 2012 - 3:55am | editor
Curfew in Dhubri town has been relaxed on Friday two days after it was imposed following clashes between police and civilians. There is no report of fresh incident in view of Eid-ul-Zoha on Saturday...

12 Apr 2014 - 8:14pm | AT News
AICC has on Saturday appointed three Congress leaders as poll observers for three Lok Sabha constituencies in West Bengal for the upcoming polls in the state.According to sources, Nazira MLA... 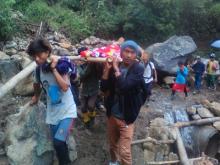 6 Jun 2017 - 11:10am | Lester Makang
With the inhabitants of scores of border villages in Eastern Ukhrul reeling under acute hardships after multiple landslides cut off the region from the rest of the district, Chatric DCC councilor...